SPRINGFIELD – A bill that would allow the state to cap the prices of certain high-cost prescription drugs stalled in a House committee Wednesday amid stiff opposition from the pharmaceutical and insurance industries.

It was the second straight year House Bill 3493 failed to pass out of the Prescription Drug Affordability and Accessibility Committee. Rep. Will Guzzardi, D-Chicago, who chairs the committee and is the bill’s chief sponsor, called it frustrating.

“I think that the situation for patients who need their prescriptions in this state is dire and getting worse every day, and I would hope that my colleagues on both sides of the aisle could see that it’s time for us to do something,” Guzzardi said in an interview after the vote. “Unfortunately, they seem to be more responsive to the pharmaceutical industry than to their constituents.”

The bill would set up a five-member board that would have authority to conduct cost reviews and set “upper payment limits” for any prescription drug that crosses certain price thresholds.

Those include brand name drugs that cost $30,000 or more for a year’s supply or a course of treatment, or whose wholesale price increases by more than $3,000 in a 12-month period. Other thresholds would apply to “biosimilar” drugs – those that are highly similar to name brand drugs made from microorganisms found in plants or animals – as well as generic drugs.

The upper payment limits would apply only to insurance policies regulated by the state. Those are primarily small-group employer-based plans, individual family plans that people purchase through the Affordable Care Act exchange markets, and plans administered directly by the state, such as state employees’ health insurance and the state Medicaid program.

The limits would not apply to large self-insured plans that are governed by the federal Employment Retirement Income Security Act, known as ERISA, or to Medicare Part D plans, which are regulated under federal law.

Wednesday’s hearing took place in a packed committee room where supporters of the bill, many affiliated with AARP, wore red T-shirts that read “Stop Rx Greed” and “Drugs Don’t Work if People Can’t Afford Them.”

Donna Cruce, an AARP volunteer, spoke of a time in her life when she became unable to work full time because she could not afford her medications and was forced to move back in with her parents.

“I became a boomerang child after years of being self-sufficient,” she said. “The blow to my ego was enormous. Without my parents’ help, however, I do not know how I could have survived.”

“How can the greatest country in the world allow its citizens to suffer because of the high cost of prescription drugs?” she asked later in her testimony.

But Kipp Snider, vice president for state policy at the Pharmaceutical Research and Manufacturers of America, or PhRMA, argued that while there are individual examples of drug prices spiraling out of control, prices overall – and the total amount spent on drugs nationwide – have risen only modestly in recent years.

“Now I’m not here to say we don’t have a problem,” he said. “We do have problems and we need to look at ways to address those, but I would submit that more so than a systemwide problem, what we have is … individual patient affordability problems.”

Snider said much of the problem stems from changes in the design of insurance policies that have led to patients paying higher deductibles and copays for their medications and in some cases having to pay an entire year’s deductible before their benefits kick in.

Laura Minzer, president of the Illinois Life and Health Insurance Council, agreed that insurance plan designs are a big factor in how much people pay for prescriptions. But she also argued the small-group and individual plans that would be covered by the bill make up about only 20 percent of the private insurance market.

“So by setting prices or costs for a very small segment of the market, I would suggest it’s not only unfair – it’s a bit discriminatory for a small percentage of the market – but it also places greater pressure on manufacturers because you can’t set prices for manufacturers,” she said.

The bill also ran into opposition on the committee itself, mainly from Republicans like Rep. Deanne Mazzochi, of Elmhurst, who works outside the General Assembly as an attorney who represents generic drug manufacturers. She argued the board would never be able to fulfill its function because it could never gain access to the information it needs to set prices.

“No pharmaceutical company, no manufacturer, no insurance company worth their salt is going to open up all their books and records to their competitors through this process,” she said. “What will wind up happening, then is, if they choose to not participate in this process, then you have no idea what is a true price metric that you’re going to be setting.”

When it came time for the committee to vote on whether to send the bill to the full House, even some who supported it said it still needed significant work.

“I don’t think it’s soup yet,” said Rep. Monica Bristow, D-Godfrey. “I will vote yes to get it out of committee but I urge you to work with all parties involved so that we can make it a good bill.”

In the end, the bill received only eight yes votes on the 18-member committee, two votes short of the majority needed.

Protect Our Care Illinois, a coalition of groups that had advocated for the bill, issued a statement saying its members were disappointed in the vote.

“The people of Illinois have made it clear that they need common sense solutions that release them from the nocuous compromise between affording prescription drugs or other basic needs,” the organization said. “Today the inaction of members of the General Assembly spoke volumes by denying the people of Illinois access to affordable prescription drugs.”

The bill was officially listed as tabled under House rules and Guzzardi said he would continue working on it in hopes of getting it through the House this year.

“I think we have some more education to do with some members of this committee who may not fully understand how this board would work or why it’s an effective tool to lower costs,” he said. “So we’ll continue doing that as well.” 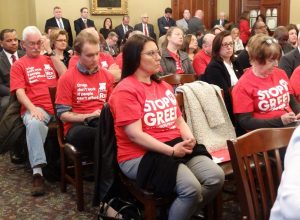 Supporters of a bill allowing the state to set maximum prices for certain prescription drugs packed a legislative committee room Wednesday at the Capitol in Springfield, only to see the measure fail to pass. (Capitol News Illinois photo by Peter Hancock) 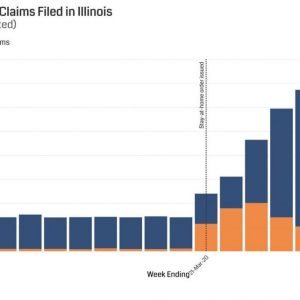 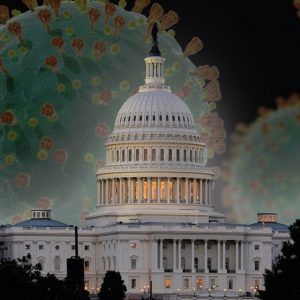