AVF Holdings Inc., the parent of Art Van Furniture, announced today it has made the decision to wind down operations and begin liquidation sales at all of its company owned stores in Michigan, Illinois, Indiana, Missouri, and Ohio.

The decision affects five stores in the Greater St. Louis region, including the location in O’Fallon, Ill. 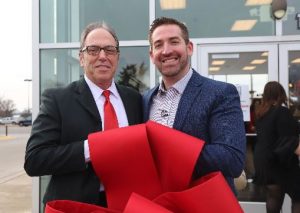 “Despite our best efforts to remain open, the Company’s brands and operating performance have been hit hard by a challenging retail environment,” said Diane Charles, Art Van Furniture spokesperson. “We recognize the extraordinary retail, community and philanthropic legacies that Art Van Furniture has built for decades in the community.”

Art Van Elslander, opened his first furniture store in metro Detroit in 1959, growing it to the number one furniture and mattress retailer in the Midwest.

“On behalf of the Company we want to offer our sincere appreciation to our employees for their dedication, commitment and hard work. We also want to extend our gratitude to the many customers, vendors, franchisees, charities and communities who have supported these retailers,” said Charles.

In 2017, the president of the Rothman Furniture chain signed a franchise agreement that allowed for several of the stores to become Art Van Furniture locations after the Rothman chain closed.

The new franchise partnership added seven stores to Art Van Furniture’s roster, but did not include the former Alton location.