Illinois Attorney General Kwame Raoul, as part of a coalition of 14 attorneys general, announced Monday settlement agreements under which three national fast food franchisors will cease using “no-poach” agreements, which restrict the right of fast food workers to move from one franchise to another within the same restaurant chain.

The agreements entered with the chains Burger King, Popeyes Louisiana Kitchen and Tim Hortons, which are owned by Restaurant Brands International, are the result of an investigation into national fast food franchises announced by the states in July 2018 over concerns that no-poach agreements hurt low-wage workers by limiting their ability to secure better-paying jobs. 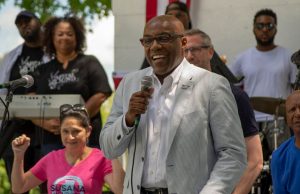 “I will continue to push restaurants to end their use of no-poach agreements, which allow businesses to take advantage of low-wage workers,” Raoul said. “These agreements stop employees from seeking higher-paying opportunities and escaping the cycle of poverty.”

In February, Raoul joined a coalition of attorneys general to file a lawsuit to defend key labor protections of employees in workplaces where two or more entities employ a worker. Last year, Attorney General Raoul led a coalition of attorneys general in opposing a Department of Labor proposal to expand the fluctuating work week rule, the only rule under which employees’ hourly and overtime rates of pay actually decrease as the hours they work per week increase. Also in 2019, Raoul testified before the Congressional House Appropriations Labor, Health and Human Services, and Education Subcommittee about the wage theft crisis and the importance of the federal government partnering with states to combat wage theft.