The Citizens Utility Board said Monday it is still reviewing the utility’s request but called Ameren’s high 10.5 percent profit rate for its shareholders “of immediate concern.” Additionally, the rate hike would hit in the middle of next winter, CUB said in a statement by Executive Director David Kolata. 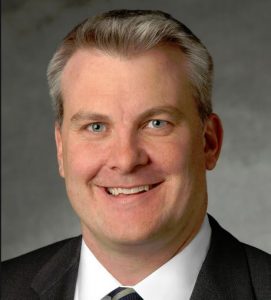 CUB’s legal team will fight every penny the company can’t justify, Kolata (shown) said.  Since it was formed in 1984, CUB says it has saved consumers more than $20 billion by helping block rate hikes, secure refunds, and fight for clean, low-cost energy.

Ameren requested a $102.031 million natural gas rate hike on Feb. 21. The Illinois Commerce Commission will consider the proposal over an 11-month case. Any rate hike would take effect in early 2021.

The company is requesting a 10.5 percent Return on Equity (ROE), or profit rate for shareholders. Ameren’s current ROE is 9.87 percent.

This increase would impact delivery rates, which take up about a third to a half of gas bills. Delivery charges cover the costs of delivering gas to homes—plus a profit.