In an effort to expand broadband access across the 54th District, State Sen Jason Plummer R-Edwardsville, is encouraging eligible applicants to apply to the Connect Illinois Broadband Grant Program. 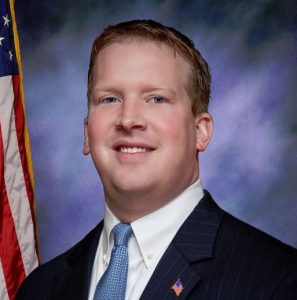 Earlier this year, it was announced that $50 million in funding is being released for the first round of matching grants of Illinois’ $420 million statewide broadband expansion. Applicants for the grant are anticipated to include Internet service providers, rural cooperatives, nonprofits and local governments.

“This is an opportunity to increase broadband access for homes, businesses and other community institutions,” said Plummer. “Especially in our rural areas where broadband access is limited, these grants could be beneficial for economic development in our region.”

Grant responses for the first round of funding can be submitted through April 3, with up to $5 million available per project. Interested applicants can find more information about the Notice of Funding Opportunity at https://www2.illinois.gov/dceo/AboutDCEO/GATA/Pages/2366-1333.aspx.