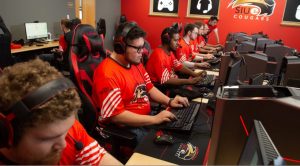 The Esports Arena was officially introduced during a January grand opening and ribbon-cutting event in which students, alumni, SIUE faculty, staff and administrators, and representatives from Scott Air Force Base toured the new space, which features a competition area and gaming lounge.

Chancellor Randy Pembrook rephrased the famous “Field of Dreams” quote during his grand opening remarks. Instead of “if you build it, he will come,” he said, “if you come, we will keep building.”

“If you have an idea, please bring it forward, and let’s transform this university together,” Pembrook said. “The Esports Arena will not only offer current students a gathering place in which to enjoy sportsmanship and camaraderie, but also it will enhance our important recruitment and retention initiatives.”

The new Esports Arena is home to 12 high-end gaming computers, 2 TVs to which students can attach their own systems, NVIDIA GeForce RTX 2070 graphics cards and Intel Core i5-8400 processors. The games currently installed include: League of Legends, Overwatch, Counter-Strike Global Offensive, Hearthstone, Rocket League, Dota 2 and Apex Legends. Game clients are Battlenet, Origin, Epic Games and Steam, and the voice system in use is Discord.

“We are grateful for the phenomenal support we have received from the University and alumni,” noted Esports Club President Jordan Kramer, a senior studying computer science in the SIUE School of Engineering. “This is just the base of opportunities. It’s a place we can come together with shared interests in video gaming, rather than playing alone in a room or apartment. It’s an area where we can be ourselves and show who we really are, without hesitation.” 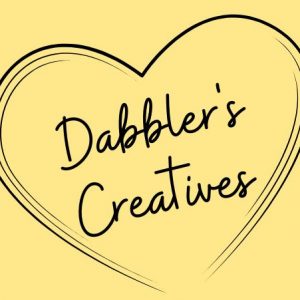