Proposed legislation in Illinois that would mandate your gas is pumped by an employee of the gas station would guarantee a price increase and is a “typical Springfield solution to creating jobs,” a convenience store group says.

Illinois drivers filling up at the pump started paying double the state gas tax last summer. New revenue from the state gas tax increase from 19 cents a gallon to 38 cents is going to pay for a multi-year statewide construction program. Drivers also got hit with increased fees in other areas, such as annual vehicle registration fees.

Last week, House Bill 4571 was filed by Democratic state Rep. Camille Lilly and would create the Gas Station Attendant Act. It says that “no gas may be pumped at a gas station” in Illinois “unless it is pumped by a gas station attendant employed at the gas station.” Lilly didn’t return messages seeking comment.

While some say the mandate would create jobs, Josh Sharp with the Illinois Petroleum Marketer’s Association responded.

“I would characterize it as a typical Springfield solution to creating jobs, which is to mandate it,” Sharp said. “What we need is a more economically competitive environment in this state to create jobs.”

Sharp said the state is already on track to have among the highest minimum wages in the country, another cost driver he said puts convenience stores in border communities at a competitive disadvantage.

“It’s policies like that that I think eliminate jobs and don’t allow people to fully embrace economic opportunity, that’s what the state needs,” Sharp said. “We don’t need more mandates from Springfield.”

To any safety issues, Sharp said the industry has been built with moder 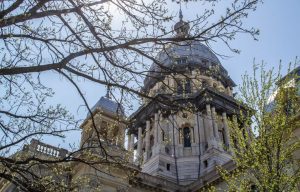 n pumps. He’s not aware of any catastrophic accidents of people pumping their own gas. And for those with disabilities needing assistance at the pump, Sharp said that’s there too.

“Many of our members have those buttons that you hit at the pump, if you’re disabled and you need your gas pumped, and they’ll do that,” Sharp said.

“It comes completely out of nowhere,” he added. “I’m happy to work with Representative Lilly toward some kind of solution if this is what she wants to do but the way that the bill is drafted now we have to oppose.”

Sharp said the only thing the measure is guaranteed to do is to increase the price at the pump.

“The price for full service was always more, that’s just the cost of doing business. You have to add labor costs into the price, so the prices are going to go up when you mandate everyone offer, or require, to do full service gas,” Sharp said.

While he said he’s willing to work with the sponsor on whatever issues she’s wanting to address, he opposes the current form of the bill.

Messages seeking comment from Lilly about the bill were not returned. She’s the only lawmaker named as a sponsor on the bill. The measure has been sent to the House Rules Committee, but could be referred to another committee with a deadline of March 27 to move out of committee.

Regular session for lawmakers to pass bills is through May 31.

Only New Jersey has a similar law. The state of Oregon used to require gas pump attendants until 2018 when the state law changed to allow motorists in rural parts of the state to pump their own gas. 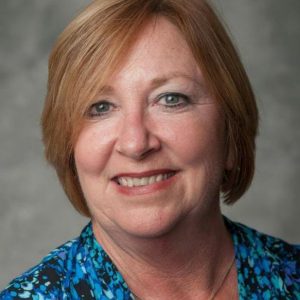 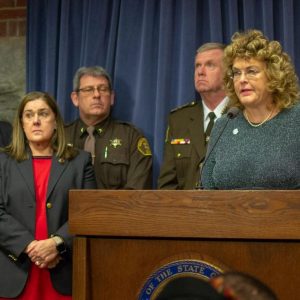 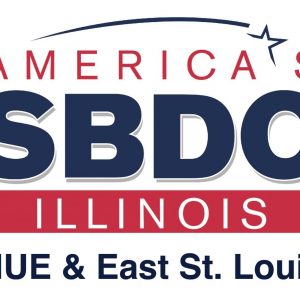 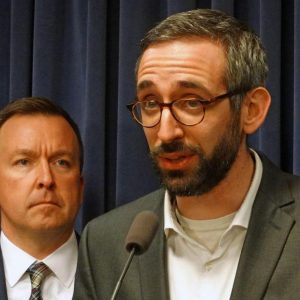 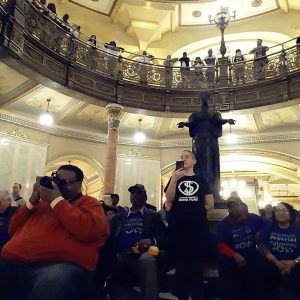