The Godfrey-based RiverBend Growth Association announced that Jeff Lauritzen, Country Financial representative, is the chairman-elect of the board of directors, following a vote of members. 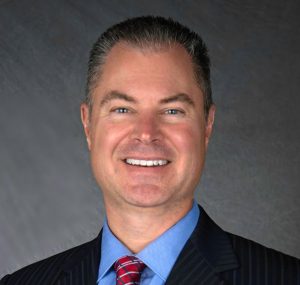 As chairman he will manage the decision-making process of the Growth Association starting next year. Current chairman is Brad Goacher, of Alton Memorial Hospital.

“I feel the River Bend area has a lot of positive momentum occurring right now, and I look forward to help carry that momentum forward in 2021,” said Lauritzen.

Lauritzen works from his office in Godfrey and has been serving clients for more than nine years.  Prior to joining Country Financial, he was a commercial lender with Regions Bank in the River Bend with more than 16 years of banking experience.

After moving to the RiverBend area in 2003, he has been active in the community.  He has been a part of the RiverBend Growth Association the whole time as a member, serving on the board and as well as a mentor with the Young Adults committee.  He has also been active with many other local organizations such as East End Improvement Association, serving as president in 2013-2015, United Way of Southwestern Illinois, serving as the 2013 Campaign chairperson, St. Ambrose Catholic Church member and Finance Council member and Asbury Village Board member since 2018.

He received his bachelor’s degree in Ag Business from Illinois State University in 1992, his MBA from Northern Illinois University in 2001 and his Chartered Financial Consultant designation from The American College in 2016.

He and his wife Shannon reside in Godfrey and have two daughters Karoline and Kristine.