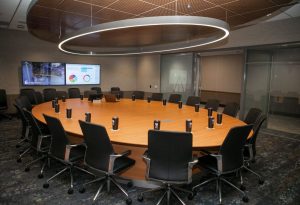 AAIC Inc. enjoyed a rare accomplishment this past year when it completed work on renovation of a project it first designed as a new facility almost 30 years ago.

The Collinsville architectural firm was called upon to design a renovation of the conference wing of the Gateway Center in Eastport Plaza in Collinsville. AAIC designed the original wing back in 1990.

Mitchell wasn’t part of the team that built the original project, but as a Collinsville resident he saw Gateway’s construction take place and watched through the years as the center became dated. He realized the significance of being called upon this time around.

The work was primarily a complete interior overhaul of the conference wing. The client was the city of Collinsville, which in the last few years became the owner of the Gateway Center. The original design was done under contract with a separate ownership entity.

The conference wing is situated just left of the main lobby entrance.

“The facility is about a $1.5 million project,” Mitchell said. “One of the challenges we had was a state grant of $625,000 that was going to expire in the fall (of 2019). We had to design it this last winter, get it out to bid and have it constructed so we wouldn’t lose the $625,000.” The project was bid in February, and the work was substantially complete in September.

One of the key elements was upgrading the technology, which had markedly changed through the years.

“We established overhead high-quality projectors with large, drop-down screens in the Marquette and Mississippian conference rooms. We also designed a board room with a custom board table that will seat 25 24 people. Inside that room, we have two 65-inch monitors that are built into the wall,” he said.

The monitors have touch-screen capability, so a presenter can physically touch, move and manipulate the information on those screens.

“I think we’re on the upper edge of that technology, and it’s going to allow the city to promote that and increase their business,” he said.

One of the most striking developments took place when some solid walls were taken down and glass doors and walls were installed at the entryway, providing a modern appearance and the illusion of size.

“It is amazing when you see the before and after photos. It makes the corridors look larger and brought a lot of light into those spaces,” he said.

One feature of the boardroom is a corridor-facing wall made of glass. With the flip of a switch, the glass can be electrically “fogged” for privacy.

The work, all of which was interior, had to be blocked off from the rest of the facility and AAIC coordinated efforts with Gateway staff.

AAIC is in the process of conducting a master planning session, likely at the end of February, which will enlist stakeholders and public input on eventual expansion or other improvements at the Gateway Center, a project that the city has considered for years. An earlier study will be used as a template, Mitchell said.

This story appears in the February edition of the Illinois Business Journal. See more stories under the Current Edition link at ibjonline.com 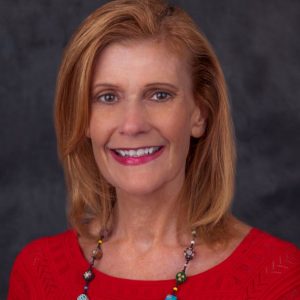 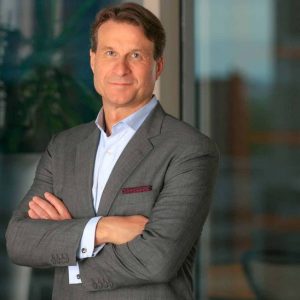