COUNTERPOINT: Should Big Tech be broken up?

No, but moving forward, merger applications should get more scrutiny

“Break them up” has become a catchy and wildly popular call among Americans in fear of monopolies within the tech sector.

In the defense of these companies, it was us, the consumers, who gave them this means of growth. We bought the products from easy-to-use platforms, stayed on our preferred social media sites, and became strongly allegiant to popular tech branding. These companies did not achieve their size and influence through force, but instead this was an outcome of the fact that we have loved these products and services and found their convenience in our lives to be preferred to their absence. 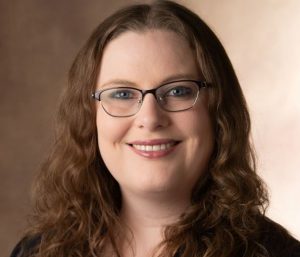 This relationship with our preferences raises the question if the size of these Big Tech companies is an abuse of power or consumer preference? Recent mergers, such as Facebook and Instagram or Google and Fitbit, have caused individuals to worry if social media, shopping and productivity companies are collecting, sharing and selling their data responsibly.

Also, the “big” in Big Tech is not an understatement. Of the top 10 largest publicly traded firms in 2019, Apple, AT&T, Microsoft, and Alphabet (the parent company of Google) held strong placements with a combined market value of more than $3 trillion. Amazon and many other large tech companies fall just outside of the list but are quickly bridging the gap.

In reality, these firms may not be committing illegal business practices. Size, in itself, is not an antitrust violation. Instead, a business would have to have a concentration of market power that is sustained through anti-competitive practices such as price-fixing arrangements, predatory acts of forcing closure of competitive businesses through leveraging connections, or strategic corporate mergers for the purpose of restricting competition. These are certainly only a few of the many potential antitrust violations, but size and popularity from providing a better product is not within the definition of anticompetitive or oppressive business practices. Antitrust enforcers will have to investigate if these laws were violated for every individual platform and connection, which is difficult in a tech-based industry where businesses are drastically different in their core functions.

If they did not violate the law, then breaking up these tech giants would be an unjustified use of power by the government. Instead, the argument should be changed to focus on ensuring the protection of competition through maintaining low barriers of entry and fair business practices. Much of the innovation in the technology sector happened because new and innovative firms enter the market, gained traction in popularity and initial funding support, and then were subsequently acquired by one of the Big Tech companies. This has become so commonplace that cartoons and sitcoms often use a trope of designing a product with the goal of getting bought out by a Google-like company.

Many of these mergers and acquisitions happened with surprisingly little pushback by the Federal Trade Commission or the Department of Justice. Since 2012, Big Tech acquisitions and mergers have grown in size. For example, Microsoft spent nearly 29 billion to purchase LinkedIn in 2016. As these mergers grow and become widespread through complimentary industries, a more rigorous review process could prevent potential antitrust behavior from happening before the companies are absorbed.

The extent of these mergers are easier to measure when there are direct-user sales. Yet, not all businesses have an initial goal of directly selling or maintaining a product for a consumer, but instead focus on the design of a service for use in the connection of other producers and consumers. Services that are marketed and branded as a platform for the sale or advertisement of goods and services are a tricky case in their relationship with competition. Instead of breaking one of these businesses into multiple platforms, an alternative strategy is a requirement for equal and non-discriminatory treatment of vendors. For example, Amazon has many private-label brands which they sell alongside products from independent merchants.

Certainly, Amazon has a right to advertise their own products; but, the grey area exists if these products are consistently prioritized in search results over the similar, or identical, products listed by other merchants. In this case, eliminating the platform would harm both types of businesses because they would lose their connection to consumers. Instead, competition protecting regulation may lead to an efficient outcome where Amazon can maintain their revenue from merchants and their private label, but independent merchants still have their access to consumers. This would leave customers to decide on the best product for their needs.

The calls for breaking up these tech industry giants is not an efficient strategy for addressing the uncertainty that we are facing. Big Tech companies did not grow by force, but instead because they provided new and innovative products and services that people enjoyed. Much of this fear stems from the unknown. Before a few decades ago, the idea of Big Tech was something of science fiction. We did not worry about data privacy in cloud computing. We were unaware of a lifestyle where we could be connected to all of our friends and relatives through browsers and social media, available from easy-to-carry smartphones running at impressive 5G speeds.

With these leaps and bounds in technology have come Big Tech companies, which are unlike anything we have had historically. These differences mean that we do not have data in which to predict their behavior, which promotes concern for small businesses, innovation, and competition. Moving forward, tech company merger applications should be subject to a more in-depth review and action should be taken to promote and protect innovation and competition at the early stages of their entrepreneurial lifecycle.

Dr. Alicia Plemmons is an assistant professor of economics at Southern Illinois University Edwardsville. She wrote this column at the request of the Illinois Business Journal.  This article appears in our February 2020 issue.