SPRINGFIELD – Gov. J.B. Pritzker on Friday signed legislation that would cap out-of-pocket cost for prescription insulin copayments at $100 per month, regardless of the supply a patient needs.

Faced with life-threatening increases in the cost of prescription insulin, State Senator Steve Stadelman, D-Rockford, a co-sponsor of the legislation and father to a diabetic son, voted last November with fellow lawmakers to cap insulin copayments. 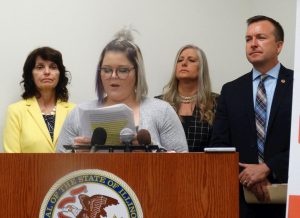 “I have seen the struggles people with diabetes face every day,” Stadelman said. “Diabetes is a lifelong affliction for those who have it. It shouldn’t also be the cause of financial stress for their families. Without adequate insurance, many people with diabetes can’t afford the insulin they need to survive.”

There are currently over 30 million Americans who have diabetes, according to the American Diabetes Association. An individual with Type 1 diabetes, a lifelong condition that can begin at birth, will spend an average of $5,705 per year on insulin alone.

“This legislation will provide medical and financial relief to thousands in the Rockford area and across Illinois,” Stadelman said. “I’d like to thank the governor for his commitment to lowering insulin costs throughout the state.”

This legislation makes Illinois only the second state in the nation to cap prescription insulin co-payments, though the cap would only apply to commercial insurance plans regulated by the state.
Senate Bill 667, doesn’t go into effect until January 2021 to give insurance plans a sufficient amount of time to adjust their rates. 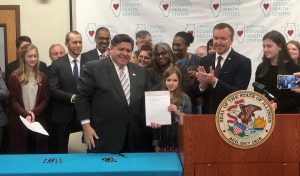