A bill that is part of an ongoing national push for states to offer grants for the first two years of higher education has been introduced in the Illinois General Assembly.

Called College Promise, the measure is intended to create a taxpayer-funded program to ensure Illinois residents have their first two years of college tuition paid for. 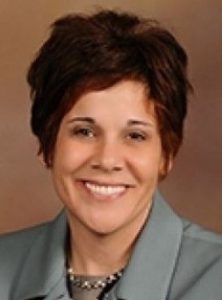 State Sen. Jennifer Bertino-Tarrant, D-Shorewood, filed Senate Bill 2324 on Jan. 8. It mirrors legislation filed in 2019 by Chicago Democratic state Rep. Will Guzzardi. The new bill would ensure residents “seeking an associate degree, certificate, or diploma from an institution of higher learning” a taxpayer-funded state grant that would pay for tuition and fees, minus any other aid awarded, starting in 2021.

Campaign Executive Director Martha Kanter said more than 300 local communities and 25 states have committed to providing some sort of grants to students in their first couple of years of higher education.

“Most of them are seeking to make the first one or two years of college universally available,” she said.

The program would be implemented through the Illinois Student Assistance Commission, which could set parameters on who is eligible.

Washington state’s “Washington College Promise” has a household income limit of $61,000 for partial tuition and $44,000 for full tuition grants. Other states have grade and class load requirements. New York’s Excelsior program cuts off eligibility for families who make more than $125,000 a year.

The money would come from potential donors and Illinois’ annual state budget, which economists have deemed shaky at best and one of only a couple that is unprepared to weather a moderate recession. Should an economic downturn occur, it would put pressure on the state’s budget while simultaneously making the proposed program more costly since job retraining at community colleges typically spikes during recessions. Kanter said the organization is diligent, watching for states that may break their promise to pay for school.

Statewide programs can be expensive. In California, lawmakers added $42.6 million to the state’s current budget to support the second year of free tuition for about 33,000 students, according to EdSource. Washington state estimates it will support more than 90,000 students in 2021.

The University of Illinois already has a tuition guarantee program called the Illinois Commitment that provides four-year students who reside in Illinois and comes from a family with less than $61,000 in household income a grant paying for tuition and mandatory fees.