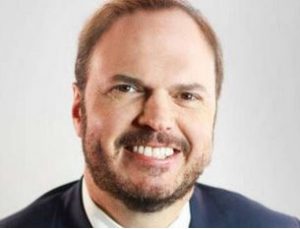 Police say they have a person of interest in custody in  the homicide investigation of prominent Edwardsville attorney Randy L. Gori, who was found dead in his home Saturday night.

In a release, the Major Case Squad of St. Louis said it had also located the Rolls-Royce that was reported taken from the property, but did not specify where.

Capt. David Vucich, deputy commander of the Case Squad, said investigators worked tirelessly since the inception of the investigation and were able to develop “a strong person of interest.”

“Enough information has been developed to detain this subject in relation to offenses associated to the investigation. As additional evidence is being sought, it will be evaluated  in the near future for potential charges relating to this offense,” the release said.

The Case Squad said the Madison County Sheriff’s Office responded to a 911 call to the address, 4586 Mooney Creek Road in rural Edwardsville, at approximately 8:56 p.m. Saturday.

Upon arrival, they discovered Gori, 47, who was pronounced dead at the scene.

A vehicle described as a black 2020 Rolls-Royce SUV Cullinan was reported to have been taken from the residence. The Madison County Sheriff’s Department then activated the Major Case Squad of Greater St. Louis.

More than 25 investigators from different agencies are participating in the investigation and investigating numerous leads.

Gori was one of the best-known lawyers in the region. He is the founder and owner of The Gori Law Firm, which represents clients across the country from headquarters in Edwardsville. The practice grew around his handling of personal injury cases that involve asbestos exposure, including mesothelioma.

He owns or operates from numerous buildings involved with his law practice, as well as a separate real estate business, Gori, Realtors.

The Gori Law Firm (formerly known as Gori Julian & Associates, P.C.) was formed in 2008 and has since recovered more than $3 billion in compensation for those suffering as a result of asbestos exposure.

Gori and his family have given many millions of dollars to charitable efforts over the years and recently made a major, unspecified donation to the Edwardsville ice rink and teen center planned near the high school. An announcement last month said the facility would be called the Gori Family Ice Complex.