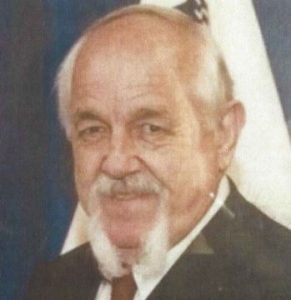 A former commissioner has been named head of the Metro-East Sanitary District, after a new state law mandated that the executive director live within the district.

The board of the Metro-East Sanitary District unanimously appointed Economy in a meeting Dec. 31.

Statutory changes in Illinois law dictate that as of Jan. 1, 2020, the MESD executive director reside within the Levee District, which takes in Granite City and towns downriver, including Cahokia, Madison, Venice and part of East St. Louis.  Economy, of Venice Township, replaces former Executive Director Stephen Adler, a resident of Godfrey, who said he will remain on staff for a short period pending reassignment to assist the transition.

MESD Board Chairman Charles Brinza: “Former Executive Director Steve Adler did a great job moving MESD forward. Today the District is financially solvent, and some portions of our levee system have already been upgraded to “minimally acceptable” by the Corps of Engineers. Whereas we do not accept the legality of the change in the MESD statute as dictated by the new legislation, we made this move to avert potential lawsuits that would waste district taxpayers’ money. Now with Andy in charge, that progress will only continue; he’s a proven leader”.

MESD and its associated levee systems suffered from years of leadership problems, which left residents with unacceptable levees and pump stations so broken down that Horseshoe Lake levels could not be maintained at levels low enough to protect Mitchell and Pontoon Beach against heavy rains.

The levees were hard pressed this past year but successfully protected the Metro East from the second-highest Mississippi flood in recorded history,

MESD Board Member Charlotte Dixon said, “Stephen Adler did a great job of moving the district forward. With Andy’s help, the district will only improve.”

The pair begin the partnership Thursday with Adler assigned to Economy until further notice.

Former MESD board member Bill Hanfelder said, “The board made a good decision by hiring Andy Economy. I know Andy can provide the continued leadership we need.”