Expect more poker runs and raffles in Illinois in 2020 thanks to a new law that takes effect Jan. 1 allowing non-statewide law enforcement associations to conduct such events. 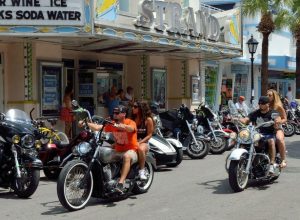 Josh Witkowski, state legislative coordinator for motorcycle association ABATE of Illinois, said a poker run is a series of three to six different stops “where at each stop you either draw a card, a colored marble, sometimes we’ll roll dice, various games of what are considered games of chance but it’s not a game of chance when done under the aspects of the Poker Run Act.”

The law taking effect Wednesday is a simple change to the act, he said.

Poker runs are popular, he said.

“Any given time during the season in the state of Illinois you will see these things at least once a week in your area throughout the entire state,” Witkowski said. “There is always something going on every week.”

Poker runs and raffles typically help out charitable causes like veterans groups and many times the winner ends up donating their winnings to the cause benefiting from the raffle or run.

With the new law allowing more groups to participate, Witkwoski expects there to be more poker runs, but he stressed the importance of following the law.

“It is very important that wherever the final location is, or the location that you’re going to do your big prize at, that location must be covered by a license from a licensing entity which is usually either the local government or the county government,” he said.

Violation of any provision of the Act is a Class C misdemeanor.

PHOTO: Thousands of bikers from around the country arrive in Key West for the annual motorcycle Poker Run. The run starts in Miami and ends in Key West. Chuck Wagner / Shutterstock.com