SPRINGFIELD – Illinois State Police Trooper Christopher Lambert, a Highland Park resident, was killed in January when he was struck by a speeding motorist while assisting with a traffic stop. As his family mourned the loss, they endured additional stress due to the burdensome cost of burial. 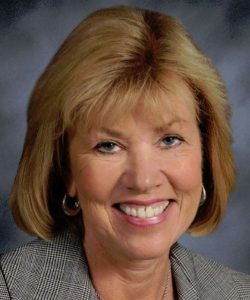 That led state Sen. Julie Morrison, D-Deerfield, to spearhead a measure to increase burial benefits for fallen first responders from $10,000 to $20,000.

“Law enforcement and first responders put their lives on the line every day to protect us,” Morrison said. “The least we can do for those fallen officers or firefighters is ensure their families aren’t left worrying how they’ll afford to bury their loved one.”