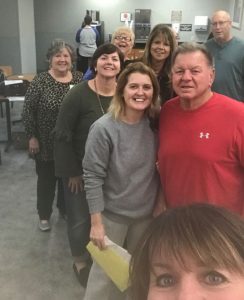 It’s not uncommon for those of us in the news business to hear of kidney transplant success stories or of other medical marvels that people experience, but this past fall one of our own staff underwent the knife herself by donating one of her kidneys.

That staff member was Times-Tribune Office Manager Masja LaRue, who said it all began when she first found out in August of 2018 that her uncle-in-law, Boyce Wooley, needed a kidney. The Times-Tribune, a regional newspaper based in Troy, is owned by Better Newspapers Inc., which also owns the Illinois Business Journal.

Wooley, who lives in Dexter, Mo., was always an active man, but he had been on dialysis for a while and his health was slowly declining.

“Over the years, I’ve helped many friends and family, some by just being there for them, others by feeding them while they were going through some hard times. Friends stayed with us while they were looking for a place to live,” LaRue said. “So donating a kidney to a family member is in need was not a hard decision, but I did have to think about the consequences and the impact it would have on my family. This was a bigger decision than just feeding or housing somebody.“

The first step in the process involved a bunch of paperwork, in order to provide medical personnel with a full medical history. After a review, she was then called back to speak with a transplant coordinator.

LaRue’s coordinator was Amy Rendleman, who LaRue said was very helpful and knowledgeable about the process.

“I could not have had a better coordinator,” LaRue said.

After that it was on to testing at BJC in St. Louis, where blood was drawn, a urine sample taken, and an EKG and X-ray taken — to insure compatibility between donor and recipient.

Two days later Rendleman called back with the results.

“We were a match!” LaRue recalled.

Next in line: more testing, this time a full day’s worth that involved talking with a social worker, a donor advocate, while undergoing a lothalamate test (GFR) in the nuclear medicine department.

“The nurse was amazing,” LaRue said. “She and I had fun during the four hours in between all the others.

Then it was on to the CT scan — to make sure that you actually have a kidney to donate, she recalled.

“After the scan, I had my final appointment of the day with Dr. Java, the physician consultant. She went over my full medical history with me, making sure I did not leave anything out,” LaRue said. “She looked at the test results from the CT scan and the GFT and all the blood tests that they did. She went over any questions I may have had about the process and donation. Everyone I talked to that day had my well-being in mind, making sure that this was what I wanted and telling me there was no shame if I wanted to back out at any time.”

The transplant team met the following week and on Wednesday, August 7, LaRue found out she would be allowed to donate.

“It was great news,” LaRue said, adding that it was now time to tell her uncle, who until this time did not know she was doing this. “His daughters did, and I kept them updated every step of the way, but by mutual decision we decided not to get his hopes up, just in case it all fell through.”

LaRue said the phone call in which she shared the news to her uncle was an amazing experience.

“Uncle Boyce was speechless and his wife, Aunt Kay, was doing happy dances in the background!” she said. “My next question was if he was busy on Oct. 24, since that is transplant day. He said he could clear his schedule for me.”

Before the big day, there was still one more day of testing and a meeting with the surgeon that had to take place. LaRue’s assigned surgeon was Dr. Jason Wellen, who she said was wonderful and who answered her questions and those of her husband, Mark.

One thing she did want was to see a photo of her donated kidney. Dr. Wellen told her that on the day of the transplant to make sure she asked every person she talked to to remind him to take a photo.

Still more testing was done at the pre-operation center at BJC, to make sure that everything was the same as it was in May, when she underwent the initial testing.

LaRue said the BJC operating center looks nothing like any TV medical drama, and that everybody was professional and worked to make sure everyone was okay. The operating room was bright with lots of people.

“I don’t remember much of that part, which is a good thing,” LaRue said. “I woke up a couple of hours later in the recovery area and after a couple of hours they moved me to the room where I would spend the next two nights. The care upstairs was wonderful — especially Triesha (nurse) and Angie (tech), my night nurse Mason, and everybody else on the floor. Most of the nurses are traveling nurses, so I learned a lot about where they were from and what their plans were on where to go next. Hawaii and California were high on the list.”

The day after surgery, Dr. Wellen stopped by the photo of LaRue’s kidney — that he had almost forgotten to take but remembered at the last minute.

Uncle Boyce’s new kidney started producing right away, LaRue was informed, and his creatine numbers were better than hers. The two compared numbers back and forth.

“He was on the same floor as I was and I got to visit him on Friday,” LaRue said. “I left the hospital on Saturday and he left on Sunday.”

LaRue said the recovery period was not bad at all, though the first couple of days were a little painful. She returned to work after being home for about two weeks, where she took it easy and tried not to do too much.

“It does help that I have a desk job and don’t have to life heavy thing,” LaRue said.

While the operation itself is done, her care will not be completely over for another two years, with follow up appointments and a transplant team there to make sure her remaining kidney is functioning well and that she is healing from the surgery.

In the end, LaRue said, the experience was one of the best things she has done so far in her life.

“I had two healthy kidneys and I am mentally in a good place, so yes, this was the right decision,” she said.

Uncle Boyce and Aunt Kay had some choice words of their own.

“Barnes Hospital was wonderful as well as the surgeons and nurses,” Wooley said. “But what was most wonderful was having a caring and considerate and giving niece. Mark, my nephew, has been great throughout the whole ordeal. I can’t thank them enough.”

Kay added: “It is truly a gift of life, receiving a transplant.”

For more information about living donations or any other questions about donations in general, people can call (314) 362-5365, ext. 4. 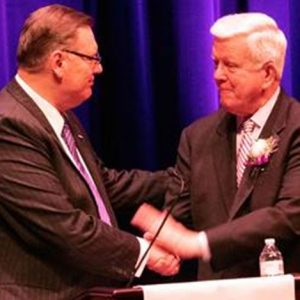 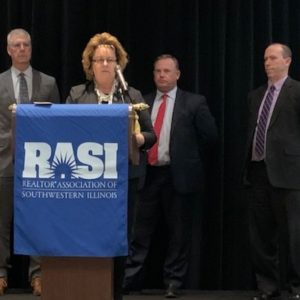 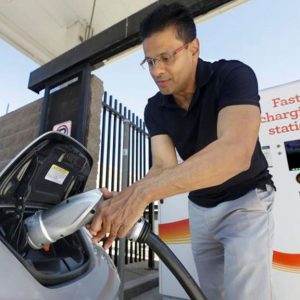 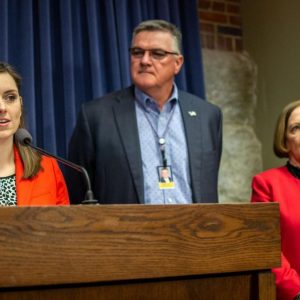