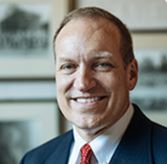 Daniel F. Mahony, president of Winthrop University in South Carolina, has been selected to serve as president of the Southern Illinois University System. The SIU Board of Trustees will vote on his appointment during its Dec. 5 meeting on the system’s Carbondale campus.

Mahony’s selection follows a national search advised by a committee representing the system’s two universities, SIU Carbondale and SIU Edwardsville, as well as representatives of the Board of Trustees and alumni and community members affiliated with the campuses. If approved, he will begin his new responsibilities on March 1, 2020.

J. Phil Gilbert, chair of the SIU board, said Mahony’s collaborative leadership style, strategic planning experience, and effectiveness improving Winthrop’s financial position made him stand out in the national search.

“Dr. Mahony is a proven leader and problem solver who has been described as a visionary in his professional experience,” Gilbert said. “He has had success in key areas of importance to SIU to include enrollment strategies, diversity and inclusion, improving finances, and communicating effectively with internal and external agencies to include foundations and legislative bodies.”

“We were especially impressed by his ability to work with legislators to articulate the needs of his university,” Gilbert added.  “He will be an articulate advocate for the system and understands the importance of Southern Illinois University to the region and the state.”

Mahony replaces Randy J. Dunn, who resigned from the position in July 2018.

Ed Hightower, chair of the search advisory committee and vice chair of the board, said the committee valued Mahony’s commitment to open communication and his wide-range of varied experiences.

“The search advisory committee was pleased by the pool of candidates; however, Mahony was the overwhelming preferred choice of the search advisory committee,” Hightower said.  “Committee members liked many qualities about Dr. Mahony.  They were especially impressed by his past successful academic work experience serving in a number of higher education administrative roles in Midwestern universities and that he has been able to create change at his current institution with large support of constituent groups.”

“Dr. Mahony is a respected, consultative leader who has demonstrated the ability to bring a community together around shared goals,” Hightower said. “His emphasis on metrics to measure progress will be transparent and effective to move the SIU system forward.”

Mahony has been president of Winthrop University, a 6,000-student public institution in Rock Hill, South Carolina, since July 2015. He has overseen the development of a strategic plan, an institutional rebranding, and improvement in student and employee satisfaction. Under his leadership, Winthrop set a new record for freshman applications in fall 2019, exceeding the previous record by more than 15 percent. Graduate enrollment increased more than 16 percent this year, four-year graduation rates increased by 7.7 percent over three years, and the diversity of faculty and managerial staff increased from 14 to 21 percent in less than three years.

He said he looks forward to the opportunity to lead SIU.

“I’m excited about working across the system to advance all of SIU,” Mahony said.  “The level of commitment to the system’s success and to the welfare of its campuses is clearly strong, from the Board of Trustees to faculty and staff to community members, alumni and donors.  SIU has a powerful impact on students and the SIU region, and I look forward to building on its strong foundation.”

Prior to accepting the Winthrop presidency, Mahony was dean of the College of Education, Health and Human Services at Kent State University in Ohio from July 2008 to June 2015. He held positions at the University of Louisville in Kentucky from July 1995 to June 2008, serving as director of the sport administration program; chair of the Department of Health Promotion, Physical Education and Sport Studies; acting dean and associate dean of the College of Education and Human Development; and assistant and associate university provost.

Mahony is widely published in the fields of sport consumer behavior and intercollegiate athletics.  He is a former president of the North American Society for Sport Management and received the organization’s 2007 Earle Zeigler Award for his research contributions to the field.

He received the 2015 McInnis/Ryan Award from the American Association of University Administrators in recognition of his principled and ethical leadership practices. He was also the inaugural recipient of the Daniel Mahony Award for Social Responsibility from the Office of Diversity Outreach and Development in Kent State’s College of Education, Health and Human Services.

Originally from Clinton, New Jersey, Dr. Mahony has been married for more than 25 years to wife Laura, with whom he has two children, son Gavin and daughter Elena.