As online shoppers prepare to snag holiday deals this Cyber Monday, in Illinois they’ll soon be off the hook for having to report estimated sales taxes to the state. 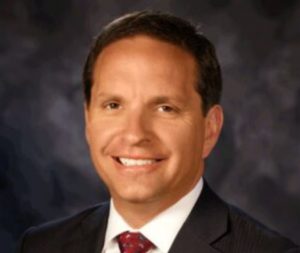 After the U.S. Supreme Court decision in the South Dakota vs. Wayfair case, Illinois lawmakers codified the ruling in the budget enacted this summer.

“That language is deeply flawed,” Illinois Retail Merchants Association President and CEO Rob Karr said. “No one knows why, but the bottom line is it was deeply flawed.”

Karr said lawmakers passed another measure to the governor this fall to fix the initial law.

“Remote retailers now have to collect and remit not only the state tax, but the local occupation tax in place where they’re having that product shipped,” Karr said. “So they’re going to be on the same playing field with the store in a certain town that’s also selling to the citizens there.”

Before the update, Illinois tax filers had to self report online purchases and pay a sales tax directly to the state.

“So no longer are (consumers) on the hook for it,” Karr said. “It’s now collected and remitted by those sellers.”

The updates will also ensure local governments get their cut of sales taxes, he said.

“It’s a win, win, win,” Karr said. “And it’s one of those only times I’ve ever seen, frankly in my time here, where you don’t have to raise a new tax to do it or impose a new tax on anyone. It was already a tax that was due … and so now it’s being uniformly applied.”

The measure is on the governor’s desk.