Having the right team members gives a community bank a leg up on the larger competition, says Bank of Belleville’s Ron Stephens, who became the institution’s president and chief executive officer this year. 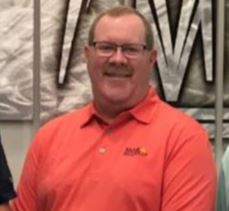 “What makes the difference is the people, the place and what it stands for. People knowing you and you knowing them can make a huge difference,” he said.

Born and raised in St. Clair County and a banker since 1988, Stephens credits his team and the ownership structure for driving revenue every year since the banked opened in 2005. Today, assets stand at $230 million.

The bank is owned by approximately 350 of what Stephens (shown) called “mom and pop shareholders” throughout the community. Only a few area banks follow such a business model.

“When our bank does well, the community does well, as do the 350 shareholders and 42 local team members,” he said.

Success starts with the executive team, and moves have been made in recent times to address the bank’s present and future potential, he said.

Kevin Pesko is the St. Clair County market president, and he’s been with the bank since its founding in 2005. He is a lifelong Metro East banker.

Chief Lending Officer Wade Weitlauf, who started with the bank this year, had been a commercial loan team leader at Bank of Edwardsville. He came over during that bank’s transition to Busey Bank.

Karl Abert has been with Bank of Belleville for eight years and heads up the credit department.

Jennifer Warren has been there two years ago and heads up deposit services and bank operations.

Stephens’ own banking career began in college, starting as a teller at Bank of Belleville, a different bank but with the same name. After that institution became part of Regions, Stephens worked his way up through credit and administrative work, then became a lender, and a manager of a team of lenders.

Community banks make a difference in their communities, he said.

“We hire people locally. We source products and services locally, and I’m a firm believer that a bigger share of the client dollar stays local with a local institution,” Stephens said.

“Being at various community events and on community boards, I know the community bankers tend to give back more of their time than the average employees at the bigger banks,” he said. “We’re very generous with our dollars and with our time.”

The bank is set to go through a large technology upgrade in November, to stay efficient and to deliver state-of-the-art technology. The move shows “a small bank can have the same bells and whistles that the big banks have. You don’t have to bank at a megabank to get good, secure technology.”

Bank of Belleville is traditionally a St. Clair County institution but is expanding its footprint by hiring individuals who have deep ties in areas to the northeast and the south. Among them, he cited Weitlauf, who has primarily served in Madison County; Todd Juehne, a lifelong banker in Clinton County; and Ryan Osterhage, a lifelong banker from Monroe County.