SPRINGFIELD — Legislation reinstating and retroactively applying tax break for aircraft parts cleared the Senate on Thursday overwhelmingly and without controversy despite the governor’s promise to veto the measure. 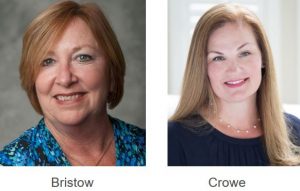 Supporters from both parties said the bill would protect Illinois’ competitiveness and maintain jobs. But Democratic Gov. J.B. Pritzker, in public comments Monday, promised a veto if it reached his desk because it “would forgive $50 million of taxes that are owed by people who are in this private jet industry.”

During Senate debate Thursday, Rachelle Crowe, a Democrat from Glen Carbon, said the sales tax exemption was on the books for years before expiring and lapsed without any regulatory or official bodies noticing. Repair companies, therefore, neglected to collect the tax from jet owners who had work done on their aircrafts during that period.

The bill is retroactive because it would be “absurd,” Crowe said, to think companies would go back to their customers to collect that sales tax years later.

Several senators, including Cahokia Democrat Christopher Belt, spoke of the “devastating” effects of not reinstating the tax break, including loss of jobs.

Republican Sen. Chapin Rose, from Mahomet, said it is “ludicrous” for Pritzker to consider vetoing a piece of legislation that, for his district, is about “jobs and the future economic vitality of the region.”

House Bill 3902 was approved by the Senate on a 48-1 vote, with the only no vote coming from newly appointed Sen. Patrick Joyce, D-Essex. Two members voted present. The House passed the measure Oct. 30.

State Rep. Monica Bristow, D-Alton, released the following statement after the Illinois Senate’s passage of House Bill 3902, which would protect local jobs and industries in the region and keep Illinois businesses competitive in the field of aviation repair:

“Senator Crowe and I have put legislation on the governor’s desk to protect the more than 3,700 jobs in aviation repair across our state – including good-paying jobs right here in the Metro East.

“Instead of making public pronouncements about the bill that do not reflect the reality faced by hardworking people in our community, I would invite the governor to come to the Metro East and see the jobs that we could potentially lose if this legislation is not signed into law. I remain ready anytime to meet with the governor to discuss why this proposal is so important to our area.”

Bristow sponsored House Bill 3902, which reinstates a tax credit that will allow aviation repair stations across the state to remain competitive and continue providing high-paying jobs and economic growth in their communities. If signed into law, Illinois will once again join 35 other states with similar legislation and keep Illinois from losing businesses and jobs to neighboring states.

The legislation will directly impact local businesses such as West Star Aviation in East Alton, which provides maintenance and repair services for private aircraft and employs more than 500 Metro East residents.