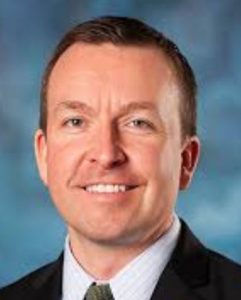 The inspiration for Senate Bill 533 came from a group of students from Carlinville High School, who presented the idea to Senator Manar as part of a civics class project.

“It was a well-thought out proposal that I felt deserved consideration in Springfield. Given the loss of productivity caused by the arbitrary daylight saving time change, and the various health and safety concerns that are supported by research, this proposal makes a lot of sense,” Manar said. “What’s most important is that this group is an example of how young people can step up and engage their elected officials to enact changes they want to see in government.”

When daylight saving time is in effect, the sun rises and sets one hour later than it normally would. Business interests have long supported the practice of moving clocks ahead by an hour because consumers are more likely to shop before the sun sets.

Research has shown that switching back to standard time in the fall is associated with a spike of diagnoses of depression and a modest increase in heart attacks.

A 2015 report published in the Review of Economics and Statistics found that extra daylight in the evening after the switch to daylight saving time led to a drop in crime that was not offset by increased crime during the darker morning hours.

Because time is regulated by federal law under the Uniform Time Act of 1966, one of two scenarios must take place in order for daylight saving time to become the permanent standard if SB 533 is passed into law:

More than 35 states introduced legislation in 2019 to do away with seasonal time changes by eliminating or standardizing daylight saving time.

SB 533 will now move to the House for consideration.

Click here for video of Manar’s remarks following the bill’s passage out of the Senate.