COUNTERPOINT: Should college athletes be paid?

Professionalization of college athletics would have misguided moral foundation 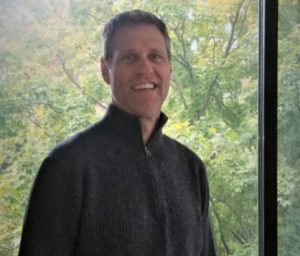 California’s legislation is a narrowly focused effort to give college athletes some financial rights. The central element bars institutions (e.g. NCAA) from prohibiting student-athletes seeking to enter into contracts where they gain from the use of their name, image or likeness. More broadly, though, the text signals the ethical motivation for the legislation when it states in Section I that the legislature will continue to develop policies to protect student-athletes from being victims of exploitation.

There are certainly examples one could point to as demonstrating the need for such legislation. For instance, a video game company may create a college football or basketball game where the player avatars are unmistakably real college players. These players, of course, receive no compensation, though the game company may profit handsomely. Examples of this sort, however, are not representative of student-athletes’ experience even in high-venue sports, nor does this situation require granting student-athletes a right to compensation rather than placing a prohibition on game companies using student-athlete likenesses.

Instead of cases like the video game, the purported exploitation the legislation is supposed to begin to address is the unpaid participation of college athletes in sporting events that facilitate, collectively, billions of dollars of economic activity. This we are to believe is wrongly exploitative, since money is being made from college athletics, but the players themselves cannot financially benefit. The problem with this judgment is that it relies on a superficial application of the concept of exploitation.

The mischaracterization of student-athletes being wrongfully exploited might begin to be appreciated by observing the vast array of uses to which ‘exploitation’ is applied for moral critique. Classic Marxists claim typical capitalist forms of wage labor are exploitative. Many animal welfare advocates contend that animal farming is exploitative. I suspect that supporters of compensating college athletes would scoff at these comparisons. But it is precisely this reaction that begs the question: Why shouldn’t we scoff at the idea of expanding the compensation college athletes presently enjoy?

College athletes at institutions to which California’s legislation applies enjoy opportunities and experiences that are extraordinary. Major college football and basketball players, in particular, participate in games and events that are mere dreams for thousands of amateur football and basketball players, including those athletes participating at the Division III level where the California legislation does not apply.

Further, the monetary element of major college athletics programs benefits athletes themselves. For wealthy athletic departments, a significant portion of money that the athletic department takes in is reinvested in the student-athlete experience, reinvestments that include equipment, facilities, nutrition, and general athletic/academic support.

One way to appreciate the point about existing benefits to college athletes is to consider an analogy. Imagine a university that makes a serious investment to its jazz education program. The institution looks for the most accomplished high school musicians playing jazz and offers full scholarships to them. Imagine further that the result of this is that the community beyond the university begins to flock to jazz band concerts and, as a result, the concert tickets begin to command high prices. The university generates vast sums, relatively speaking, of money from the concerts, and it decides to use those funds to hire high-priced jazz instructors and consistently upgrade its music equipment, practice studios, and concert venues. We might imagine as well a local restauranteur who creates a special pre-concert dinner special, from which she earns significant business.

The hypothetical with the jazz band parallels the conditions of major college athletics: first-class athletic facilities, high-priced coaches, and non-university entities making money. Still, there would be no calls for paying the jazz band students, and certainly no legislation protecting those students from being exploited. The reason is the students are benefitting greatly from the arrangement. And so, too, with college athletes.

In addition to the various mischaracterizations of college athletes’ exploitation, there is a second moral consideration that more directly works contrary to any professionalization of college athletics. The concern is equality.

A typical athletic department to which California’s legislation applies has roughly 1,000 student-athletes. Moreover, perhaps two to 10 of those 1,000 would benefit from the legislation. The women’s swimmer training six days a week, double workouts some days, suffering from an arthritic shoulder, and has realistic aspirations for the U.S. Olympic team? She will not benefit. Nor will any realistic policy for paying college athletes result in money flowing to her. Professionalization of college athletics will create a haves and have-nots—a microcosm of 1 percent//99 percent. Arguably, the most disconcerting aspect of California’s legislation is the self-righteous claims of protecting athletes while it simultaneously neglects the gross inequality that will result from such “protections.”

The interest in preserving amateurism, especially for college athletics, may strike some as naïve. But the ethical justification upon which the move away from it is wrongheaded. We should hope policies like California’s legislation are soundly defeated.

Dr. Christopher Pearson is a professor of philosophy at SIUE. He wrote this column at the request of the Illinois Business Journal.