The St. Clair County Public Building Commission, which oversees the operations of MidAmerica St. Louis Airport in Mascoutah, announced Tuesday it has embarked on a nationwide search for a new director for the airport. 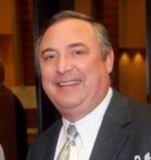 Current Airport Director Tim Cantwell, who took the leadership position at MidAmerica Airport in July 2002, just nine months after 9/11, recently notified the commission of his intent to retire after 17 years on the job.  Cantwell has committed to staying on in his current role until April 2020 if needed, to allow plenty of time for a new director to be hired and settled into the position.

“We appreciate Tim’s dedication to the MidAmerica Airport and his passion for growing the operations here over his many years as director,” noted St. Clair County Chairman Mark Kern. “During his tenure, MidAmerica Airport has become the sixth busiest airport in Illinois, landed exceptional tenants such as Boeing and North Bay Produce, and fostered relationships with Asian partners that will one day bear fruit for our region, all while maintaining our exceptional partnership with Scott Air Force Base. We are well positioned for the future and wish Tim all the best as he embarks on his next chapter.”

In a release issued late Tuesday, the county listed highlights for MidAmerica Airport under Cantwell’s leadership:

*   Joint Use Status in Action – Scott AFB recently closed their runway for needed rehabilitation and lighting upgrades, a closure that is estimated to last 14 months, or until August 2020. Thanks to the base’s Joint Use Agreement with MidAmerica, Scott AFB is able to use the airport’s civilian runway for the temporary stationing of three wings (375th Air Mobility Wing, 126th Air National Guard Air Refueling Wing and the 932nd Reserve Airlift Wing) for the duration of the project. Without access to the MidAmerica runway, Scott AFB would have incurred millions in temporary duty costs for temporary relocation to another airbase, along with severe family separation times.

*   National Passenger Service Growth – MidAmerica surged to the highest monthly passenger totals, ever, in June and July 2019 and is on track to host over 360,000 passengers this year, which makes it the 6th busiest passenger airport in Illinois.

*   Hosting Expanded Operations for Boeing – Building on Boeing’s existing St. Clair County manufacturing operations at MidAmerica, Boeing Defense, Space and Security this year designated MidAmerica as its test site for the initial test of its MQ-25 Unmanned Air Refueler. On Sept. 19, 2019, after only five months of residency at MidAmerica, the MQ-25 successfully completed its first test flight, putting the U.S. Navy’s first operational unmanned aerial refueler a step closer to the carrier fleet.

MidAmerica St. Louis Airport is located in Mascoutah, Illinois, in the eastern portion of the St. Louis metropolitan area. Major multimodal rail and inland port centers are located within 22 miles of the airport, which also enjoys easy access to five interstate highways via I-64.  With parallel runways of 8,000 and 10,000 feet, the airport can handle simultaneous take-offs and landings in all conditions, minimizing delays.  It has an annual capacity of 200,000 operations. Tenants include Boeing, which has a manufacturing facility at the airport; North Bay Produce, an international, grower-owned, year-round, fresh produce marketing and distribution cooperative headquartered in Traverse City, Mich., as well as AVMATS, a company providing alternatives for the support and maintenance of corporate aircraft, which has been operating at MidAmerica for many years. MidAmerica is a Joint Use Airport partnering with Scott AFB, the home to US Transportation Command, a multi service organization, and Air Mobility Command, the USAF’s component command for airlift.  MidAmerica and the 375th Air Mobility Wing operate Scott AFB/MidAmerica St. Louis Airport.