After nearly 20 years, Robert “Bob” Rasberry, chairman of the board, is retiring from West Star Aviation, an aircraft-service and maintenance company he helped create from humble beginnings at St. Louis Regional Airport in East Alton. 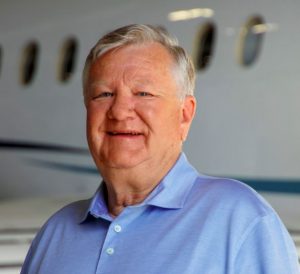 Rasberry will continue with West Star’s board as chairman emeritus and join Norwest Equity Partners, a middle-market equity investment firm and parent of West Star Aviation, as a senior advisor supporting the firm’s continued interest in aviation-related investments.

Rasberry, in collaboration with his co-founders, Sam Haycraft, Jim Swehla and Mike Durst, acquired the small MRO, Premier Air Center, at St. Louis Regional Airport in East Alton in 2002.  West Star Aviation in Grand Junction, Colo. was added in 2005, and ultimately, the companies were united and rebranded as West Star Aviation.

The company has grown from 150 employees to more than 1,400 and has been consistently named the top MRO (Pro Pilot’s magazine PRASE survey) in the country for the last six years.

“I find much comfort and pride in knowing that I leave West Star in extremely capable hands.  Many leadership decisions have been made over the past several years to prepare for this day, including appointing Rodger Renaud as chief operating officer and president, and hiring an industry veteran, Jim Rankin, as CEO.  Their commitment to our employee and customer-centric culture is unwavering and aligns with the same principles upon which West Star was founded,” Rasberry said.