No, drinking water, ecosystems, economies all would be at risk

While development might be appropriate for some federal lands, areas with important or vulnerable ecosystems, sites with significant historic or cultural resources, and places that Americans use for recreation should receive strong protection. Put simply, America’s public lands provide the greatest overall value to our country when not threatened with environmental degradation. 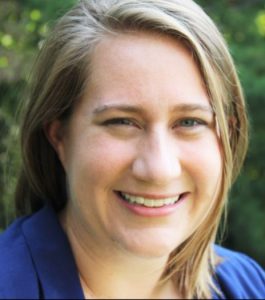 Public lands are owned by every American. They are held in trust for all of us with a goal to preserve the long-term health of both the land and its citizens. How public lands are managed depends on their designation and the responsible agency.

Federal public lands encompass 640 million acres across all 50 states; however, 92 percent of that total is located in 12 western states. Four federal agencies manage most of this land: Bureau of Land Management, which is responsible for nearly 40 percent of all federal lands, U.S. Forest Service, U.S. Fish and Wildlife Service, and National Park Service. Each agency has its own management objective and policy.

Federally managed public lands are required to accommodate multiple uses, such as hunting and fishing, hiking, skiing, natural resource development, grazing, and wildlife preservation. Only a small fraction has been designated by the federal government as Wilderness Areas, which limit human disturbance in order to protect natural features and vulnerable ecosystems.

National parks, for example, provide current and future generations with recreation, history, scenic enjoyment and wildlife habitat. National forests, on the other hand, offer recreation but may also allow activities like lumber, grazing and mineral extraction. A local example of federal public land is Carlyle Lake, which is managed by the U.S. Army Corps of Engineers for recreation, flood management and water supply. Only 1 percent of Illinois’ land is under federal management.

Anti-public lands advocates argue that federal lands should be returned to state control, claiming that land use decisions should be made at the local level. However, once turned over to the state, land is no longer owned by the American people. Federal-to-state land transfer first occurred when western states entered the union — states were entrusted 156 million acres of land from the federal government. To date, those states have sold off 70 percent of that land to primarily private interests.

Others advocate for the sale or leasing of public lands to private industry, such as oil and gas, mining, and other corporations. This activity has been happening for many years, and there is no shortage of oil and gas leasing and development on public lands. In fact, oil and gas leasing generated $1.1 billion in revenue for the U.S. government in 2017. These leased lands are primarily managed by BLM. Oil and gas industry leases currently lock up more than 36 million acres of public land in the west, or 90 percent of BLM land; however, only 35 percent of land held by the oil and gas industry is currently in production. Twenty-three million acres of this unused public land could be opened up for conservation and recreation uses.

Once land is sold or leased to private interests, it becomes off-limits for hunting, fishing, hiking, and other forms of recreation. Our public lands provide recreation opportunities for people of all means. Without public access, these opportunities become only available to private, wealthy interests.

Access to public lands also has an impact on the economy. According to the Outdoor Industry Association, the outdoor recreation industry alone generates 7.6 million jobs a year (compared with 180,000 jobs from oil and gas extraction) and $887 billion in consumer spending nationwide. As a result, outdoor recreation is America’s fourth largest industry. Americans spend more on outdoor recreation than on electronics, pharmaceuticals, or automobiles.

Development of public lands also has negative consequences for wildlife and the water we drink. When animals find their migration routes cut off by private development sites, they are forced to find a new route. This often leads to starvation and a smaller genetic pool, causing long-term health problems for wildlife.

According to the U.S. Forest Service, 180 million Americans in 68,000 communities rely on National Forest lands to provide clean drinking water. The value of the water flowing off of these lands is estimated at $7.2 billion a year. Historically, efforts to offset negative environmental impacts from energy development on public lands, particularly on BLM land, has been treated as an afterthought. Opening up more public lands to development without considering the ecosystem could have dire consequences for our nation’s water supply.

With the vast amount of federal public lands already tied up for development but going unused, it makes little sense to turn over more of these precious areas to private interests. Instead, decisions on how to use our nation’s public lands should be based on public and scientific input. Energy development should be balanced but must not come at the expense of wildlife, water resources, and recreation. The stewardship of America’s public lands must consider the long-term benefits not only for ALL Americans now, but also for all future generations.

Mary Vandevord is the president and CEO of HeartLands Conservancy, a nonprofit land conservancy located in Belleville with expertise in natural resource conservation and sustainable community development. HeartLands Conservancy has preserved nearly 9,500 acres of natural areas and farmland, often in partnership with federal, state, and local governments. She wrote this column at the request of the Illinois Business Journal.