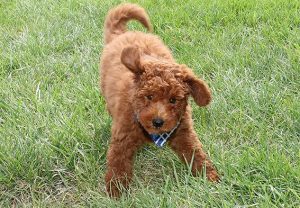 World Wide Technology Raceway in Madison, Illinois, has a new addition to its family: Stanley. Official name: Lord Stanley Mario Josef Pagenaud. Lord Stanley, because he was born during the St. Louis Blues’ Stanley Cup championship run. Mario, because everyone was celebrating the 50th anniversary of Andretti’s 1969 Indianapolis 500 win the week WWTR was expecting him to be born. Josef,  after Josef Newgarden, WWTR’s inaugural INDYCAR race winner.  And Pagenaud, the winner of this year’s Indianapolis 500, who has become a big supporter of the track and is known for having a famous dog of his own, Norman.

The idea of having an official track office dog was originally planned in early 2018. Track owner Curtis Francois and General Manager Chris Blair both are dog fans and realize the importance of having a canine actively involved in the day-to-day lives of the staff. It was a natural fit for the WWTR staff since many have dogs of their own and support local animal shelters.

The track owner and the GM entered into a unique partnership and the dog is 50 percent owned by the track and 50 percent is owned by Blair (who also has a five-year-old of the same breed, from the same breeder). Stanley lives with Blair and his family and travels to the office every day. In fact, he started out working 19 days in-a-row.

Stanley is a group office effort: Various people in the office visit him for puppy snuggles, playtime during lunch break and training sessions.

“Producing events can be extremely stressful and Stanley already has been a huge help for our entire team,” said Blair. “He’s attended staff meetings, sat in on conference calls, made us laugh and helps ease the stress.  Just having him along for my ride to and from work each day changes my whole outlook on things.

“During the recent Formula Drift event, fans were calling the track asking to meet him. Once all of his training is complete we will put him to work as our brand ambassador with some of our youth programs.”

“His social media presence already is getting attention and one sanctioning body is asking us to do a WWTR Stanley bobblehead as a promotional item in the future,” continued Blair. “We were mainly doing this for fun for the staff but he’s turning into a little celebrity. Hopefully his ego doesn’t create issues for me.

“We worked closely with the breeder, Joann Helvey, to choose a dog that would be laid back, smart and charming.  Members of our family have allergy issues and five years ago we asked her to help us choose our dog Wilbur so pet hair and shedding would not be an issue. He’s been an incredible dog and when it came time to choose one for the office we wanted many of the same characteristics.”

Stanley is looking forward to meeting Norman Pagenaud during next week’s INDYCAR race, along with many of the other pups that travel with their racer parents to the races.

Since the WWTR staff works with local animal shelters — having raised more than $1,000 this year – it is only natural for Stanley to help in fundraising for multiple animal charities.

Hobbies: Sleeping under the general manager’s desk, rolling around in the grass in front of the office, chasing frogs and sneaking off to the owner’s office because he keeps treats in the bottom drawer.

The annual Bommarito Automotive Group 500 presented by Axalta and Valvoline brings international racing stars of the Indianapolis 500 to the St. Louis-Metro East region.

Tickets start at $40 for adults and kids 15 and under are free. Race day also includes races for Indy Lights, Indy Pro 2000 and NASCAR K&N Pro Series East-West cars – not to mention fireworks and a pre-race show. To purchase tickets or obtain more information about WWTR, please call (618) 215-8888 or visit www.wwtraceway.com. Follow WWTR on Facebook, Twitter, Snapchat and Instagram. 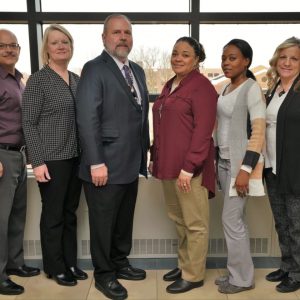 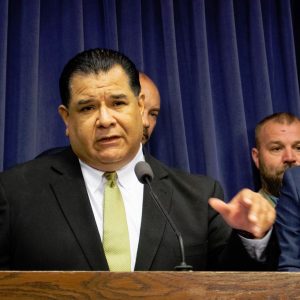