East Alton Mayor Joe Silkwood announced Wednesday he will be running for Madison County auditor, after current Auditor Rick Faccin announced he would not be seeking re-election. Silkwood currently serves as mayor of East Alton.

Silkwood, 59, said he will file to run in the Democratic primary. 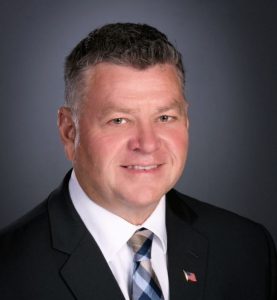 Before his position as mayor, Silkwood served as the East Alton village treasurer for 16 years.

“It is the duty of the county auditor to examine how and where county money is spent, and how efficiently county departments are operating. My experience as treasurer and mayor will serve me well as I offer an independent and objective view of the county’s finances,” said Silkwood. “The county auditor must maintain an independence from the other county offices in order to identify possible fraud and waste.  I will hold both parties accountable for the betterment of this county,” Silkwood added.

Through his tenure as mayor and treasurer of East Alton, Silkwood was able to work with local veterans to help establish the East Alton American Legion Veteran’s Memorial Park.  Silkwood was also instrumental in making the redevelopment of the Eastgate Plaza Shopping Center possible.  He worked with trustees, developers, unions, banks, investors, Madison County Community Development, Madison County Transit, tenants and many others to move this complex and complicated redevelopment forward.

“As mayor, I have talked to the residents of Madison County and they want to see local government provide the services they pay taxes for,” said Silkwood.  “Taxing bodies have to live within their means, just like the families we serve. As auditor I will be the financial watchdog for the residents of Madison County– policing outgoing county funds and ensuring our resources are being used wisely,” said Silkwood.

Silkwood is a lifelong resident of East Alton where he raised his three children.  Silkwood has a Master’s Degree from SIUE in Public Administration and Policy Analysis. 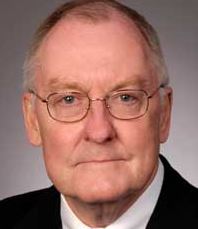