A team of experts is quickly moving forward on a plan to spend $75 million or more to transform Alton’s Downtown core into a commercial, residential and recreational community of the future.

Bolstered by the financial commitment of local benefactors John and Jayne Simmons, a group formed by Simmons and known as AltonWorks is working on plans and enlisting the community’s input on potential uses for the 40 or so properties that the couple has quietly acquired in the past year and a half.

The property represents several hundred thousand square feet of commercial potential and includes some of the most significant landmarks in Downtown Alton. Chief among them are the Grand Theater, Stratford Hotel, YMCA, the former Telegraph building, the Jacoby Arts Center, the Wedge Building and the Elfgen Building.

Significantly, some of the acquisitions are also vacant land that will be transformed into green space or parking as the project unfolds. Last month, ground was broken on a specially designed “urban park” next to the Jacoby Arts Center on East Broadway. It should be done in the summer of 2020 and will be one of the first things people see coming into the city from the area of the Clark Bridge. 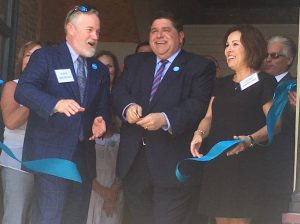 The Simmons couple laid out a broad plan during a community meeting in early May. They followed that with an appearance before the Alton City Council and many other meetings with various businesses and stakeholders. A team from the nationally recognized Urban Land Institute was taken on a walking tour of the project area in late June.

“That was a great opportunity to show the who’s who of real estate in St. Louis the context of AltonWorks’ plan,” said Sara McGibany, executive director of Alton Main Street, a nonprofit group that works to advance the downtown historic area. One of the points made with the realty people is that many development opportunities exist on properties owned by Simmons and others.

In recent weeks both the governor and lieutenant governor have visited to help kickoff various develop, including a park outside Jacoby Arts Center and the new AltonWorks headquarters at 601 East Broadway.

The Simmons’ commitment is considered seed development to eventually lure other building developers, as well as tenants and residents.

The project area is generally defined as along Broadway, from about Williams Street to almost Cherry Street, approximately a two-mile stretch. Key buildings are on Broadway and on the side streets of Henry and Market. The areas represents the greatest concentration of historic buildings in the city.

“We’re studying a wider corridor than we expect will actually get designated as a commercial historic district,” said Mark Carlie, a real estate consultant for the AltonWorks team. Carlie’s responsibilities include sourcing capital for projects, with the idea that many more millions of dollars could be attracted for development. Carlie is a CPA by trade.

AltonWorks is now up to 20 people, some of whom are employed as part of the Simmons law firm, headquartered in Alton, one of the largest plaintiff injury firms in the country. Simmons has made his reputation and fortune by pursuing mesothelioma and personal injury cases against a variety of manufacturers. He and his wife live in Alton. They have long been recognized for charitable efforts and Simmons has several other business operations.

Carlie said the fields of expertise brought to the table include urban planning, urban landscape, the arts, financing and all aspects of development, including land use, incentives and construction.

“The big story for us is that John and Jayne wanted to make a significant contribution to the town they are living in. They asked us, ‘What can we do to help Alton?’ Carlie said.

Starting almost two years ago, they began developing a vision of what was possible and began acquiring properties to help realize that vision. The meetings with stakeholders began this year and continue.

“That vision suggests that Alton could transform itself into the ‘healthiest, happiest city on the Mississippi River’ in 10 years,” Carlie said, echoing a statement Simmons has made many times.

“Scientists have identified the measures that contribute to longevity. Health and happiness are two of them and they have related metrics,” Carlie said. “We ask our constituent groups to do what they can to support the achievement of those metrics. Happiness might be related to safety and security, or walkability, or feeling comfortable. We won’t be able to capture everyone’s definition of happiness, but we will create definitions that we hope attract people who are interested in that definition,” he said.

“It cannot be understated the value they are investing in these white elephant buildings,” said McGibany. “Just for the overall perception for Altonians,” she said, noting for example how long the historic Grand Theater sat idle before Simmons acquired it. McGibany noted that the four corners represented by the Old Post Office, YMCA, Stratford Hotel and Grand Theater are among the most historically significant in the city.

“And we’re sitting in John’s first major success story,” she said, noting the surroundings where she was being interviewed at the Old Post Office, which Simmons purchased and gifted to developer Hugh Halter, who converted it into a thriving coffee stop and meeting location.

“The businesses that are going to be recruited to fill the space in these 30 or 40 buildings (purchased by the Simmonses), it only makes sense to have them be in lockstep with the goals of healthy and happy,” Carlie said.

Alton Main Street has been polling people for years about reasons they leave Alton to shop elsewhere. For instance, a lot of things centered around outdoor recreation.

“We have no place around here to rent a canoe. I’d love nothing more than to see an outfitter come in (to one of these buildings.” McGibany said.

That’s part of a compilation of must haves that supporters would hope to add to Alton’s base in coming years.

The idea is that the Simmons’ backing creates momentum that makes it easier for others to get involved, Carlie said.

A good cross section of people, young and old, are showing interest — not just millennials wanting to be cutting edge.

“A lot of the ‘older folks’ have been the ones with this in their hearts and minds for a long time, just looking for something to grab onto to say, ‘I knew that this is what we could become again’.” McGibany said.

A lot of people in their fifties and sixties remember Alton from its heyday, when businesses up and down Broadway were full to overflowing with customers. People in their twenties and thirties don’t have that first-hand experience but are helping now to get things percolating again, she said.

Twelve years ago, when McGibany took on her Main Street role, Broadway was far more desolate.

Community groups are being asked for input and for suggestions of what they could do to help the effort. Supporters are talking to the arts community, the education community, service community, minorities, and law enforcement among others.

“We expect to finish that process by late fall,” Carlie said.

Carlie said the Simmones have also commissioned creation of a new historic commercial district for the same area of Broadway. Upon achievement of the designation, businesses would be able to qualify for federal or state historic tax credits, which could provide up to 45 percent of the cost of rehabbing a building.

The study is being done by Karen Bode Baxter, of St. Louis, and volunteers are compiling data regarding the buildings in the corridor along with studying historic photographs. Baxter is a historic preservation specialist who has done dozens of similar studies throughout the country. The volunteers locally are from Alton Main Street, Alton Area Landmarks Association, and Alton Historic Commission.

Carlie said it is hoped that the survey will be done by the end of fall and the nomination made to the State Historic Preservation Office by the end of the year.

AltonWorks’ new storefront is in the LuciAnna’s Pastries building at the corner of Henry and Broadway.

“It will say, AltonWorks on the door. The big billboard on top of the building will say something about, ‘Jacoby Arts District’,” Carlie said. There is no such district at the moment, but it’s one of three that are envisioned and suggested for name recognition. A second one would be the Grand Entertainment District and a third, connecting the first two, is the Broadway Makers’ District.

The latter would foster the continuing recognition of Alton’s place in manufacturing history when it once boasted such sites as Owens Illinois Glass Co., Colonial Bakery and Alton Boxboard — all of them along the corridor.

Today, beer, pottery and artworks are all now being made in the area, McGibany said.

“This is something that has been growing for a number of years. A lot of foundational things are in place. This will give it a shot in the arm and take it to the next level. Attract people to fill in the blanks,” she said.

Under AltonWorks’ plan, the Jacoby Arts Center and the Grand Theater buildings would be renovated first. The Grand is to make its debut on Dec. 4, 2020, which would be the 100th anniversary of its original opening. Work on the LuciAnna’s building, the Wedge and the Elfgen buildings should begin before the end of the year, Carlie said.

“And delivered by December of next year at the latest,” he added. The work would also have to be done to conform to historic district standards.

One of the subgoals of the effort is to foster $100 million in revitalization in Alton by attracting developers willing to revitalize buildings, both empty and occupied. Another goal is to attract $25 million in grants, be they tax credits, foundation grants, TIF incentives and more.

The $100 million investment is envisioned as a 10-year-goal. The Simmons’ $75 million portion of that “should be delivered in four to five years,” Carlie said.

Although the timing of the various studies of Downtown Alton is somewhat coincidental, McGibany said city leaders have known for years that the potential for change existed.

“The writing’s been on the wall that the area is poised for growth. Now, we’re doing everything we can to all be working in concert with one another to make sure no one’s doing double work and no stone is left unturned in terms of revitalization,” she said.

Mayor Brant Walker added: “We’re going to do everything we can, and the turnaround is noticeable. We’ve got tremendous local investment and out-of-town investment coming in. From the city’s standpoint, anything like permitting, infrastructure along the corridor, I expect the city to be a good partner.”

Carlie said several entities are focused on the project area as part of a Great Streets study that would find ways to increase pedestrian and bicycle friendly opportunities. The study is financed by a grant funneled through the Illinois Department of Transportation through East-West Gateway Council of Governments.

Meanwhile, HeartLands Conservancy, an organization that focuses on natural resources and community resiliency, is working under commission to do a bike mapping plan for the entire city that would identify trails and possibilities, McGibany said.

Alton has “great bones, but had lost some of its energy,” Carlie said. The AltonWorks project is picking up on the efforts that other developers and entrepreneurs started just a few years ago. Many businesses have come to Broadway during that time, remodeling various buildings.

“We’ve had two dozen businesses open in the last two years,” McGibany said. “For a mile and a half stretch of district that’s a new business every block.” Many are younger people, born here, some having left and returned. Some have opened businesses as artisans after having started a hobby and built it enough to leave other full-time work, she said.

EDITOR’S NOTE: This story originally appeared in the IBJ’s August print edition and has been updated to reflect developments since our print deadline. 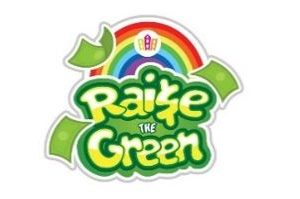 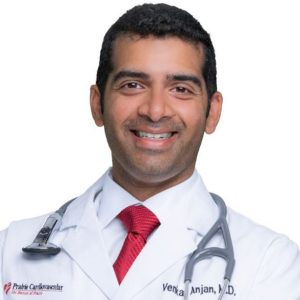 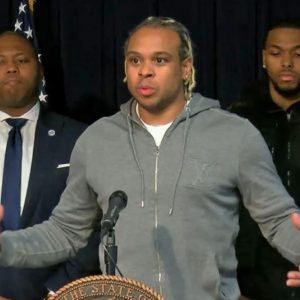