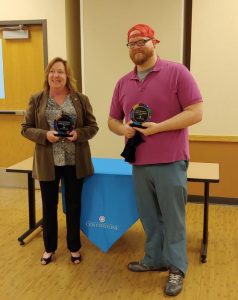 The Community Champions Banquet honors community leaders who have made a difference by advancing mental health and substance use disorder services through their advocacy, leadership and service.

“For me, it is so rewarding to be able to recognize the individuals, organizations, and partners who work every day to improve the lives of those with behavioral health conditions,” said John G. Markley, CEO of Centerstone. “Each of our Champions has helped many people in our communities in a meaningful way. We are so grateful for the ways they have each helped Centerstone in its mission of delivering care that changes people’s lives.”

Sarah Beth Viliocco, an assessment unit clinician, with Centerstone, nominated Davenport for his “inclusion and sensitivity to mental health in his articles.”

“I was really impressed that he is using his voice on a platform that reaches thousands to advocate for mental health,” Viliocco said.

Centerstone Marketing and Communications Coordinator Chelsea Boyles nominated Bristow, whom Boyles called “a champion of behavioral health for many years.”

“We are grateful for her support and help in erasing stigma and providing resources,” Boyles said.

Centerstone accepted nominations for this year’s Community Champions awards in February and March. 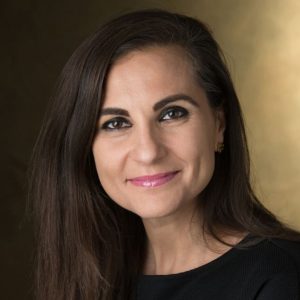