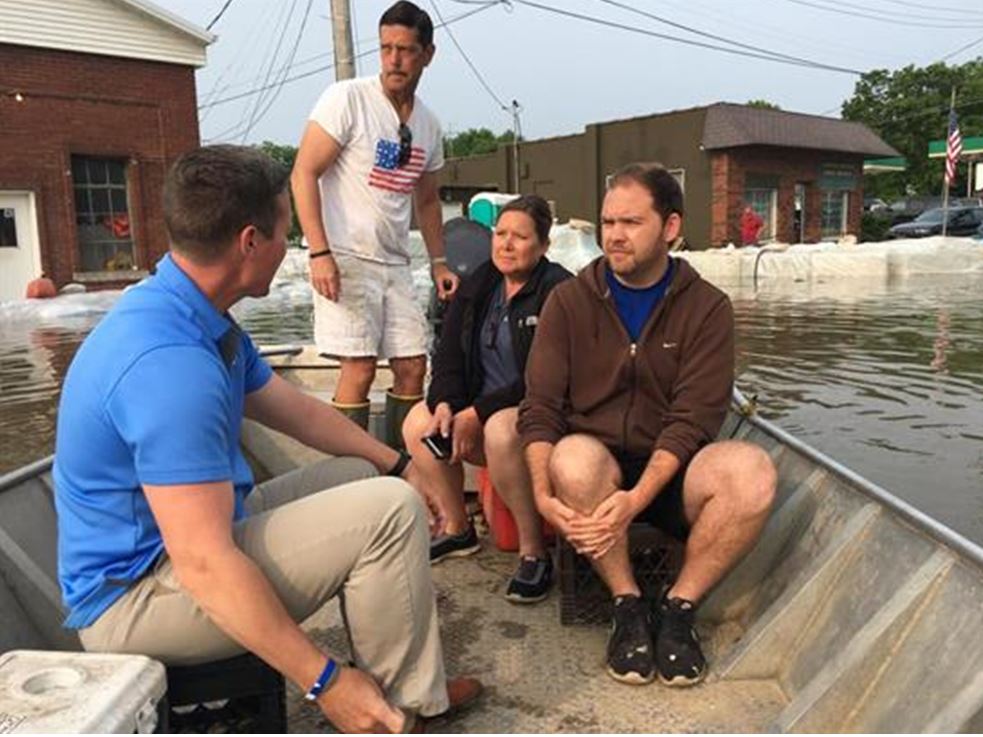 After getting an eyeful of flooding problems in Calhoun County earlier in the day, U.S. Rep. Rodney Davis  on Monday voted for the compromise disaster supplemental bill, which includes funding for the U.S. Army Corps to repair levees along the Mississippi River to minimize the impact of future flooding.

On Monday, Davis, R-Taylorville, visited flooded areas in Hardin, Ill., in Calhoun County, to thank volunteers and speak with community leaders to ensure they have the resources needed to deal with flooding that is rivaling 1993 water levels.

“One of the most important roles of the federal government is to help our communities when disaster strikes,” said Davis. “I have fought constantly for the federal government to do more in states like Illinois. This bill includes funding that will help the Army Corps repair and improve the levee system along the Mississippi Illinois Rivers to hopefully minimize flooding in the future. Our locks and dam system is aging and we must keep up or our communities will suffer the consequences.”

– $575 million to rehabilitate and repair damaged Corps of Engineers projects along the Mississippi River and its tributaries.

– $1 billion for “Flood Control and Coastal Emergencies” for expenses incurred by the U.S. Corps of Engineers to prepare for flooding and to support emergency operations and repairs.

On Monday, Davis thanked volunteers in Hardin for their work to prevent further flood damage. The floods rival the 1993 flood with the crests still awaited.