Water continues to rise along the Grafton and Alton riverfronts with the communities doing their best to adjust and residents and others drawn to spectacular views.

Here are some photos taken Sunday. The crests are still expected later this week in both communities, and they likely will be just below the Great Flood of ’93, the highest on record. 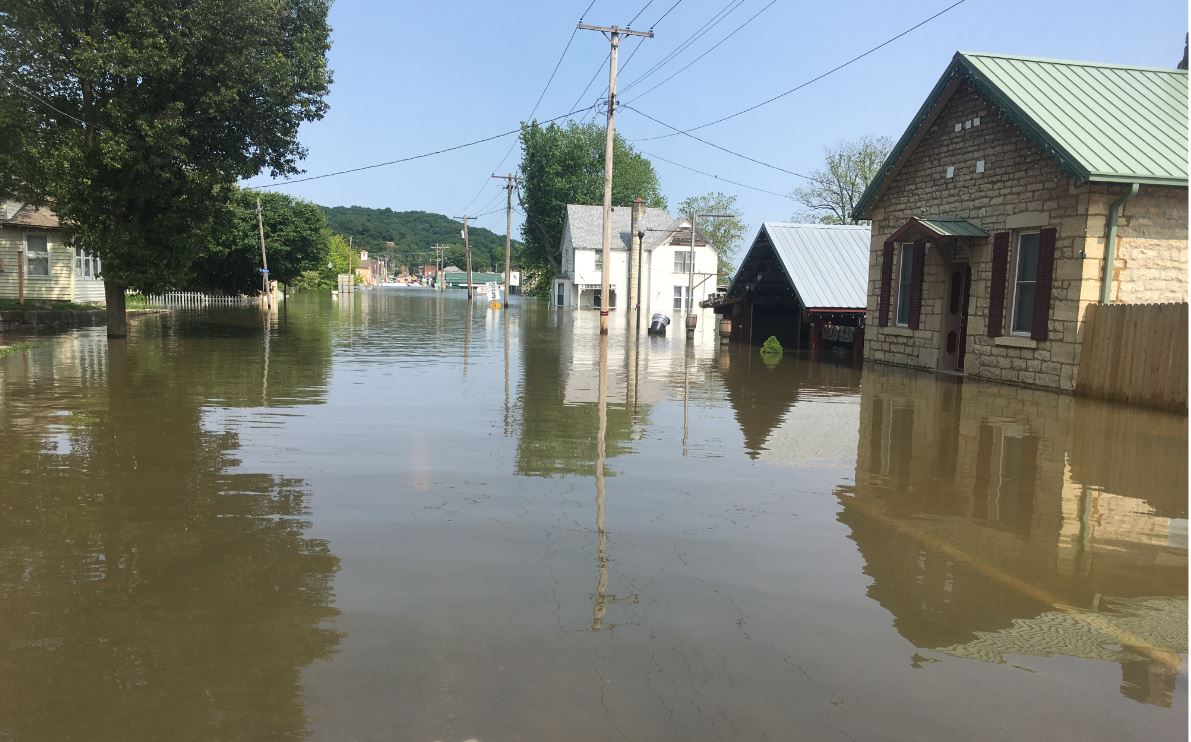 Main Street in Grafton, taken at the foot of the hill near the Grafton Winery and Brewhaus and looking downstream. The winery and a few neighboring businesses remained open because of accessible, higher roads. 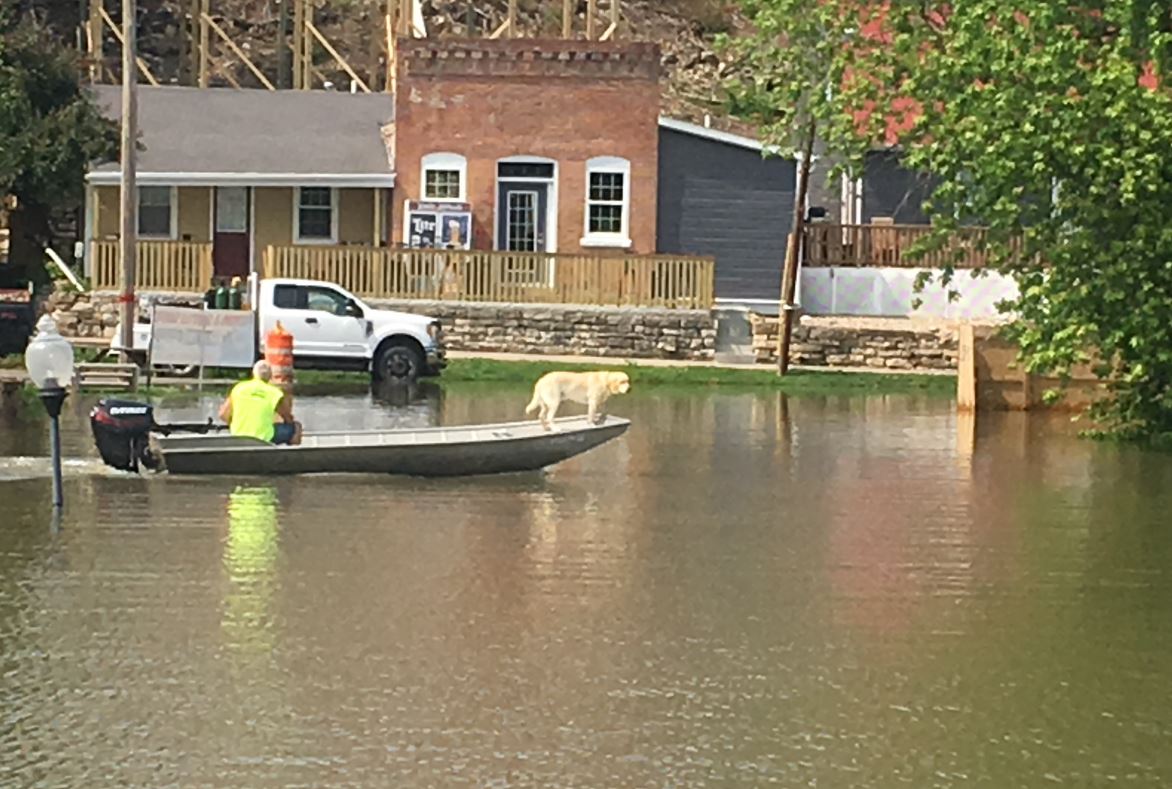 A boater and his best friend maneuver along the flooded Grafton riverfront. Main Street is in the background. Piasa Winery and Pub is just out of view at left, and it remained opened upstairs despite a flooded basement. 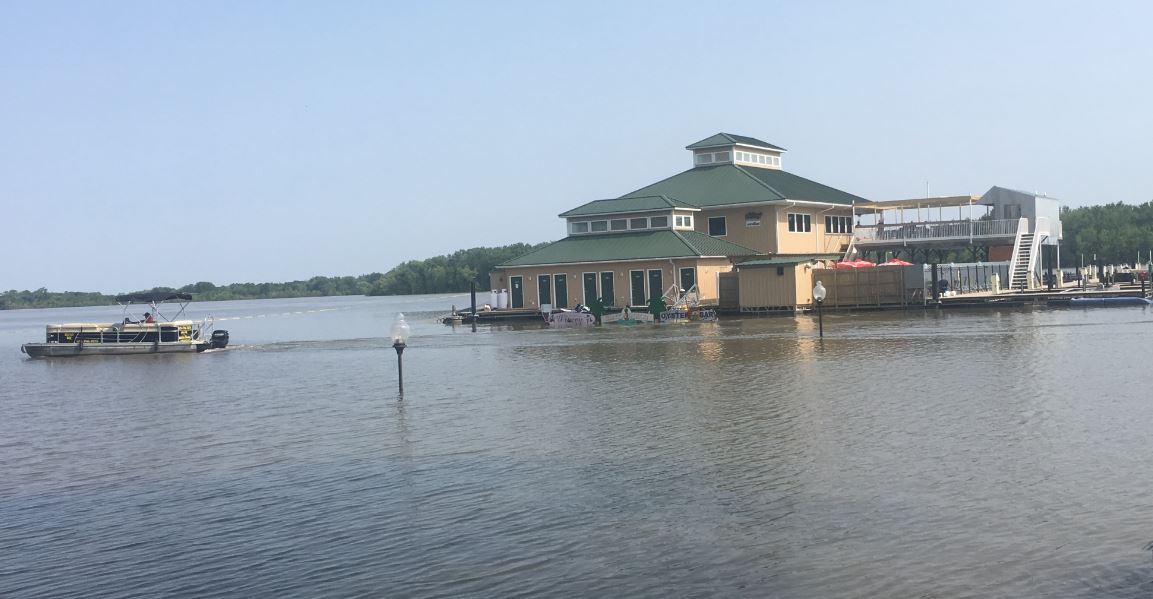 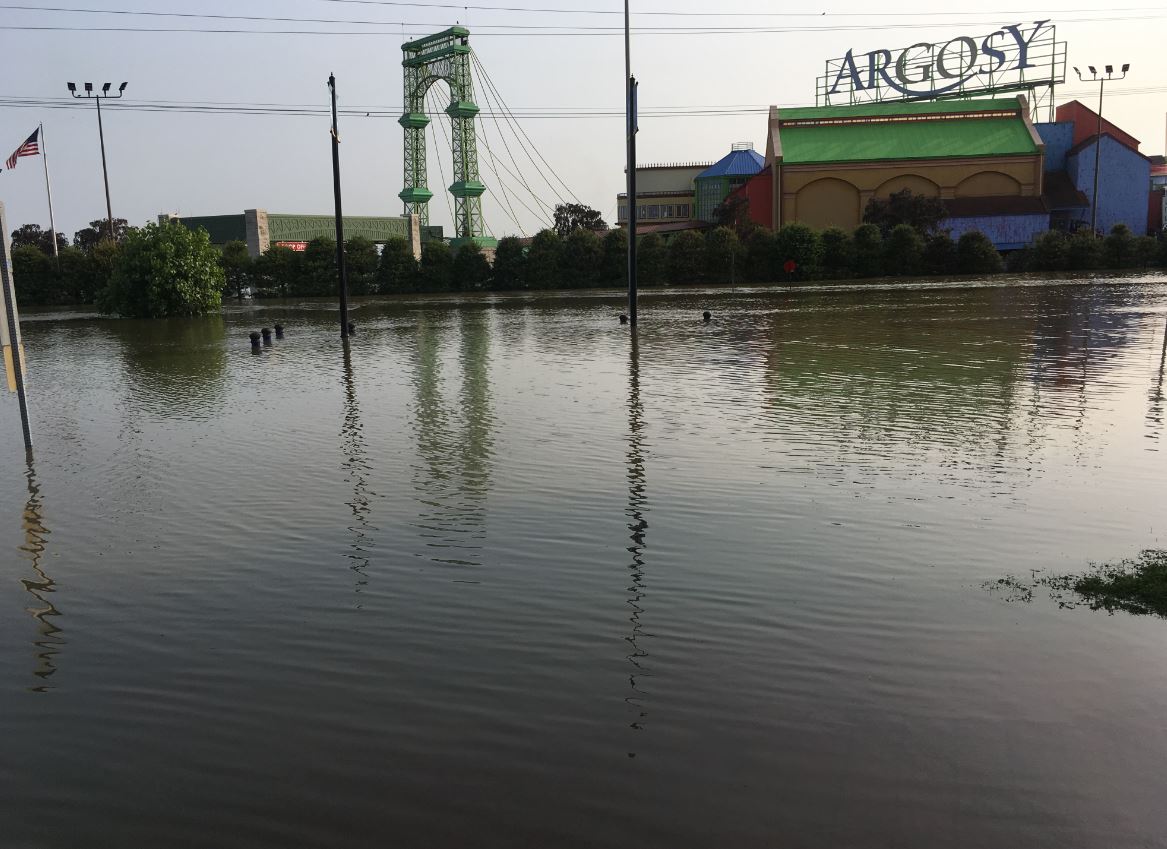 The view of Argosy Casino from Lincoln-Douglas Square in Alton. Landmarks Boulevard is covered at that stretch, the casino remains closed and the Ardent Mills flour operation (off to the right, out of the frame) is surrounded by water. The city has built a flood wall that extends along Sugar Alley, behind the businesses on West Third Street, and crosses Piasa Street in front of the Alton Visitor Center. Lincoln-Douglas Square was dry but awash with amateur photographers on Sunday.