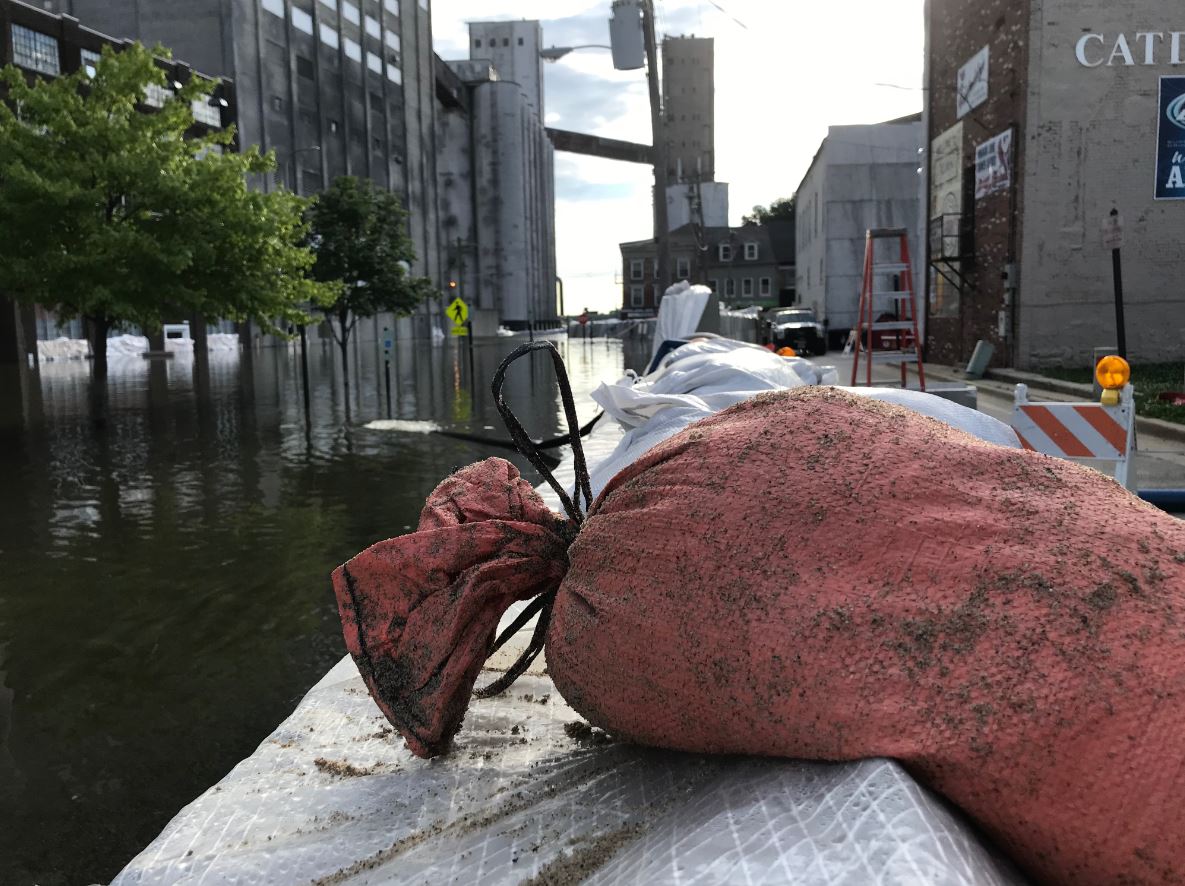 The National Weather Service predicts crests along the Illinois and Mississippi rivers in the coming week that could near historic levels.

Madison County emergency management officials say agencies are starting to pre-position equipment near levees and the county has sent its sandbagging machine to Alton. Predictions are that the Mississippi River will crest there at 38.5 feet by next week. That would be the second-highest crest in history.

In Downtown Alton, the city has extended a flood wall along the length of what is called Sugar Alley, the serviceway behind the businesses that line West Third Street, from Piasa to State streets.

High water along the Mississippi River has forced bridges to close between Illinois and Missouri, causing extensive detours for some motorists.

The Illinois River at Valley City is predicted to crest at 26.9 feet next week. The record there is 27 feet.

Blake Roderick is executive director of the Pike-Scott Farm Bureau in western Illinois. He says he’s never seen a year with three major crests on the Illinois River.

PHOTO: A sandbag rests along a temporary flood wall behind businesses in the 200 block of West Third Street in Downtown Alton. Ardent Mills is at left and surrounded by water. The Alton Visitor Center,  which would be to the rear of the photographer in this scene, was closed this week for the first time in 26 years because of floods. The famous painted lines on the flour mill show the water level as just behind the flood of 1973, with the water still rising into next week. Photo by Kerry Smith. Some story details from Associated Press.