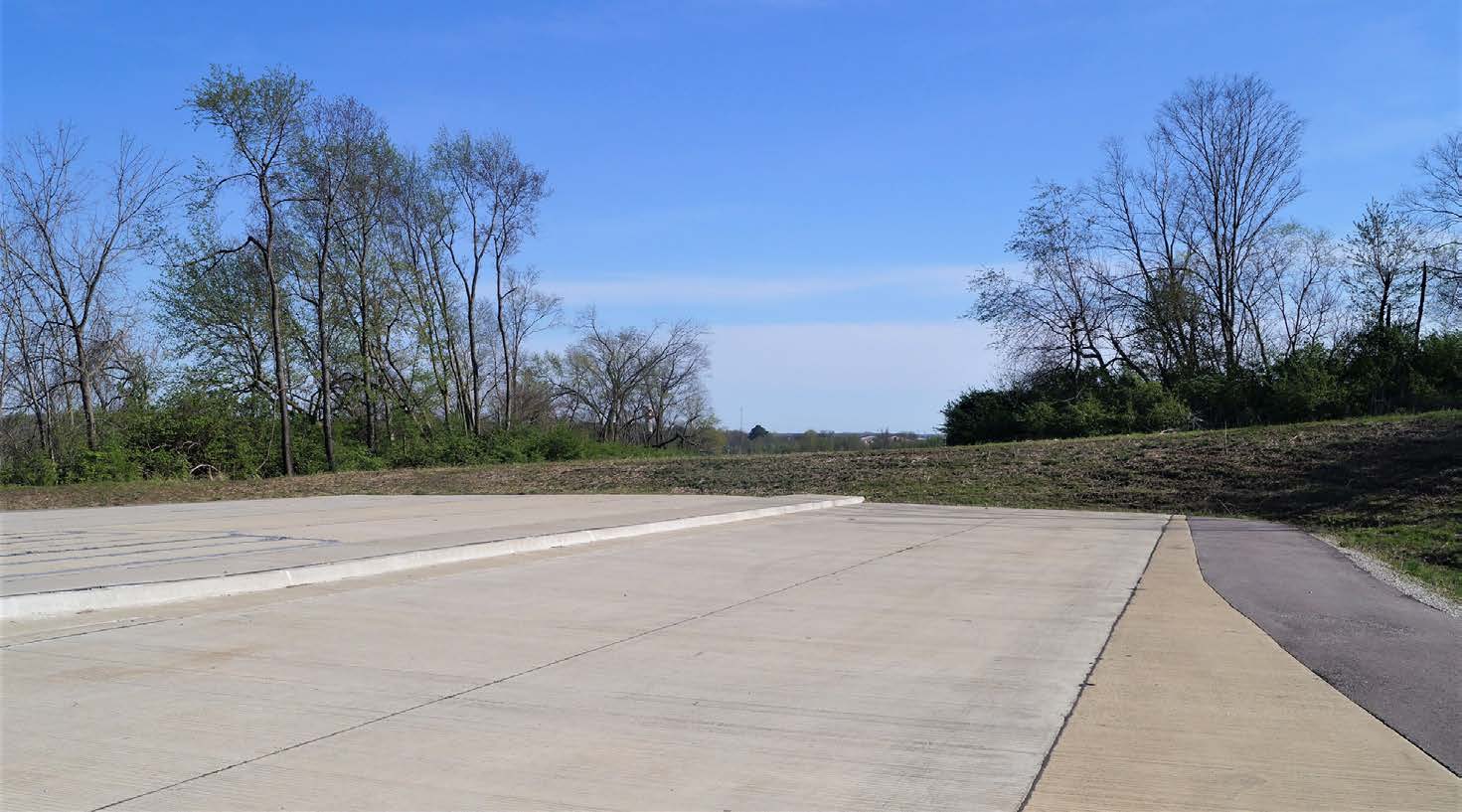 By ALAN J. ORTBALS
The Interstate 64 exit at Rieder Road that opened in September 2017 spells opportunity for the surrounding land and MidAmerica St. Louis Airport is poised to take advantage of it, said airport Director Tim Cantwell.
“That interchange opens up about 2,300 acres of county-owned land adjacent to the airport,” Cantwell said, “and it’s perfect for uses like light assembly and distribution.”
MidAmerica currently hosts two distribution and manufacturing business operations: Boeing and North Bay Produce. NBP is a grower-owned cooperative that offers a year-round supply of commodities that include apples, asparagus, blueberries, blackberries, raspberries, and snow and sugar snap peas. Its member growers stem from Argentina, Chile, Mexico, Peru, United States and Uruguay.
North Bay employs between 100 and 150 workers in its 60,000-square-foot refrigerated warehouse, receiving, repackaging and distributing fruits and vegetables not just throughout the St. Louis region, but everywhere from the Rocky Mountains to the east coast.
“That gives me as the host of that type of business, the capability to go out and talk to other airlines and freight forwarders about bringing temperature-sensitive products like pharmaceuticals through MidAmerica in a temperature-controlled, closed chain.”
MidAmerica has a relationship with Ningbo, China, and Cantwell pointed out that both are in foreign trade zones so that on-going trade fights between the U.S. and China don’t impact their relationship. “When you’re in a foreign trade zone you’re essentially outside any country and trade can go back and forth between these foreign trade zones without losing its country of origin designation.”
Ningbo also has a refrigerated warehouse, completing the 7,300-mile cool chain. Because of those attributes, Cantwell said, other carriers are currently exploring MidAmerica as a gateway to China.
“This region has a tremendous amount of air capability with five towered airports, two international airports and three great business airports that host a lot of major maintenance, repair and overhaul work,” Cantwell said. “We really have a good base in air commerce. Not all freight flies but when it flies it needs to get there quickly and you don’t want to be slowing it down in the warehouse sitting on shelves.”

More than 2,000 shippers, carriers on way for FreightWeekSTL