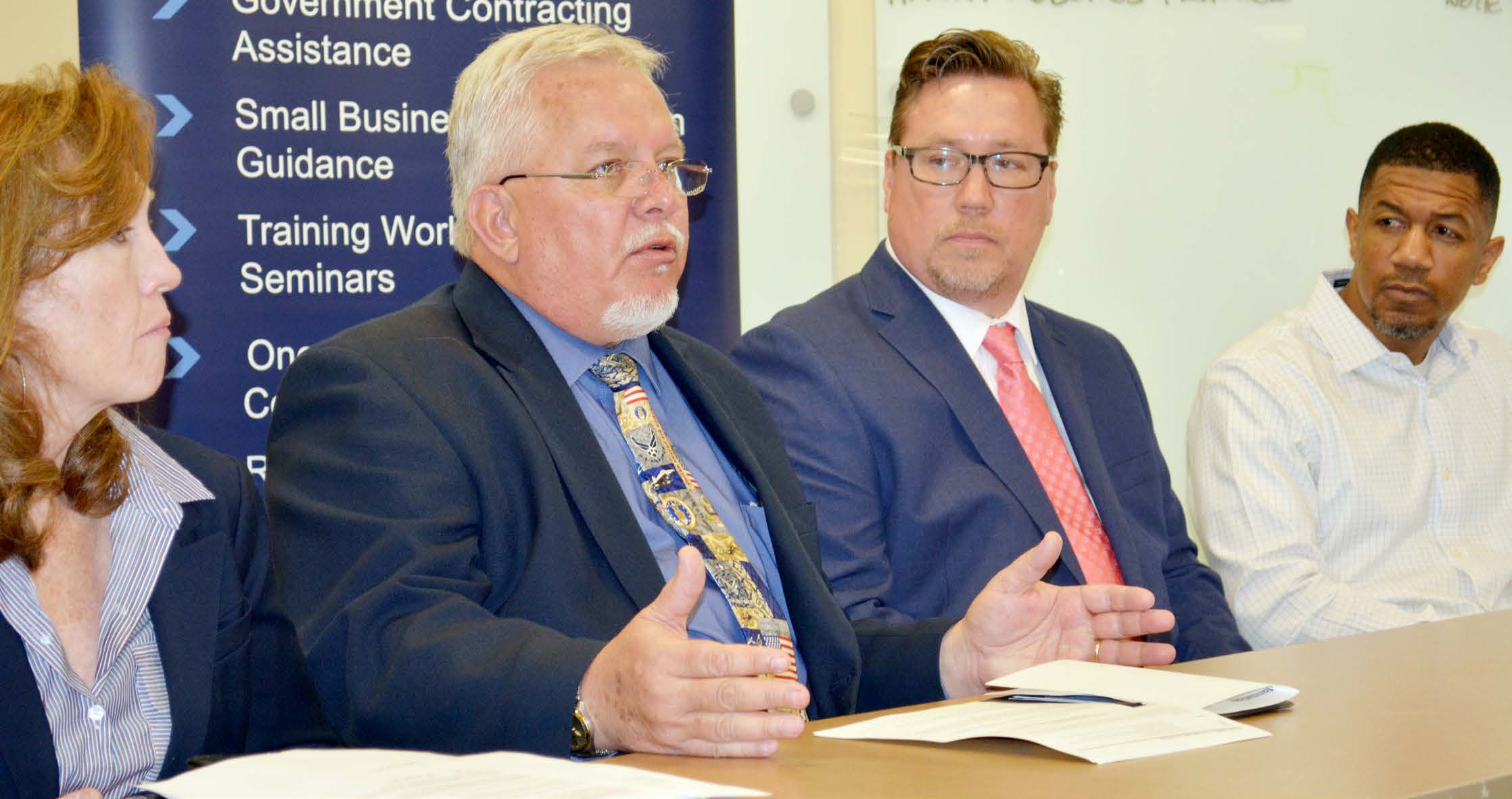 By DENNIS GRUBAUGH
Businesses chasing after government contracts have a nation of opportunity in front of them, and they could have an inside edge if they’re part of the growing HUBZone network.
The Historically Underutilized Business Zones, or HUBZone, program helps small businesses in urban and rural communities gain preferential access to federal procurement opportunities.
Preferences go to small businesses that obtain HUBZone certification in part by employing staff who live in a HUBZone. The company must also maintain a “principal office” in one of the specially designated areas.
Illinois has a number of HUBZone areas, which are typically formed around low median household incomes or high unemployment areas or both. Federally declared disaster areas and expanded military base closure areas are also included.
Of the 6,758 small firms certified in the program, 125 of them in Illinois.
The advantages were laid out in a lengthy presentation in East St. Louis this past month at the SIUE Higher Education Center, put on by the Illinois Metro East Small Business Development Center and the Western Illinois University Procurement Technical Assistance Center. Nearly 200 people attended live or via an online hookup.

The conference provided an overview of the HUBZone program along with a discussion of the program eligibility and benefits. Businesses had the chance to question a panel of federal contracting officers, an SBA representative, and subject matter experts.
Benefits for HUBZone-eligible small businesses include competitive and sole-source federal contracts set aside exclusively for HUBZone firms and a 10 percent price evaluation preference in full and open contract competitions as well as subcontracting opportunities.
The federal government has a goal of awarding 3 percent of all dollars for federal prime contracts to HUBZone-certified small businesses.
It’s not easy becoming certified, as several experts acknowledged during the presentation in East St. Louis.
“Getting certified was the hardest part,” said Jon Cates, owner of Advanced DKI, of Cahokia, one of five guest panelists who participated.
Ronald D. Miller, business opportunity specialist with the Illinois District Office of the U.S. Small Business Administration, was the main speaker at the event. He takes call each day — and welcomes them — to address ways that he can help businesses through HUBZone and other SBA programs designed for veterans, minorities, women and others.
SBA regulates the programs, determines the eligibility of businesses and maintains a list of qualified firms to fulfill procurement opportunities. SBA also adjudicates protests regarding eligibility, Miller said.
Much of Southwestern Illinois is in a HUBZone, but not all. Census tracts and other factors determine potential eligibility and sometimes the zone comes down to one side of a street vs. the other.
Any site labeled a disaster area for tornadoes, wildfires and flooding may qualify for HUBZone status for five years from the time of declaration.
Eligibility requirements are otherwise very specific. For one, a small business must be “small” by SBA size standards. Ownership must be comprised of at least 51 percent U.S. citizenry. The business can also be a community development corporation, an agricultural cooperative or from an Indian tribe.
At least 35 percent of a business’ employees must reside in a HUBZone and the principal office must be located in a designated zone.
Size is determined by either average revenue over the most recent three years; or average number of employees over the previous 12 months.
Criteria varies greatly by business sector. A participating manufacturing business, for instance, must have fewer than 500 employees. But a participating wholesale trade business must have fewer than 100 employees, based on an average over the last 12 months.
Agricultural businesses must be making less than $750,000 in revenue. But retail trade businesses can make up to $7 million, based on an average over the previous three years.
Miller offered a six-step process for applying for HUBZone certification, starting with a program preparation list that can be found at certify.sba.gov. Applicants can review facts; ask questions; use a calculator to verify eligibility and residency compliance; and upload supporting documents.
The SBA will request documents that support a person’s ownership; business and personal taxes, and compliance with employment and principal office requirements.
“The application process takes a little while. It’s supposed to take 90 days, so I ask you to be patient,” Miller told his audience last month.
Once certified, a business must be recertified every three years, but there is no limit to the time that a firm may qualify as a HUBZone firm.
As of January, the HUBZone map in effect since December 2017 is frozen until December 2021, after the next U.S. Census, but anyone interested in seeking eligibility is encouraged to start going through the process now. The map can be found under the HUBZone link at sba.gov.
The website fbo.gov has hundreds of contracts being let by the federal government, for which HUBZone certified businesses can apply.
Theresa Ebeler, center director of the Illinois Procurement Technical Assistance Center at Western Illinois University, said of certification: “It’s not a fun process, but’s a necessary process and you have good resources to help.”
The resources are often free or at little charge, she said.
To get started, everyone recommends going first to the SBA website, sba.gov. Or communicate directly with Miller of SBA, the SBDC at SIUE, or the PTAC agency.
Miller can be reached at (312) 353-7076 or ronald.miller@sba.gov

POINT: Should America enact a Medicare for All program?

COUNTERPOINT: Should America enact a Medicare for All program?