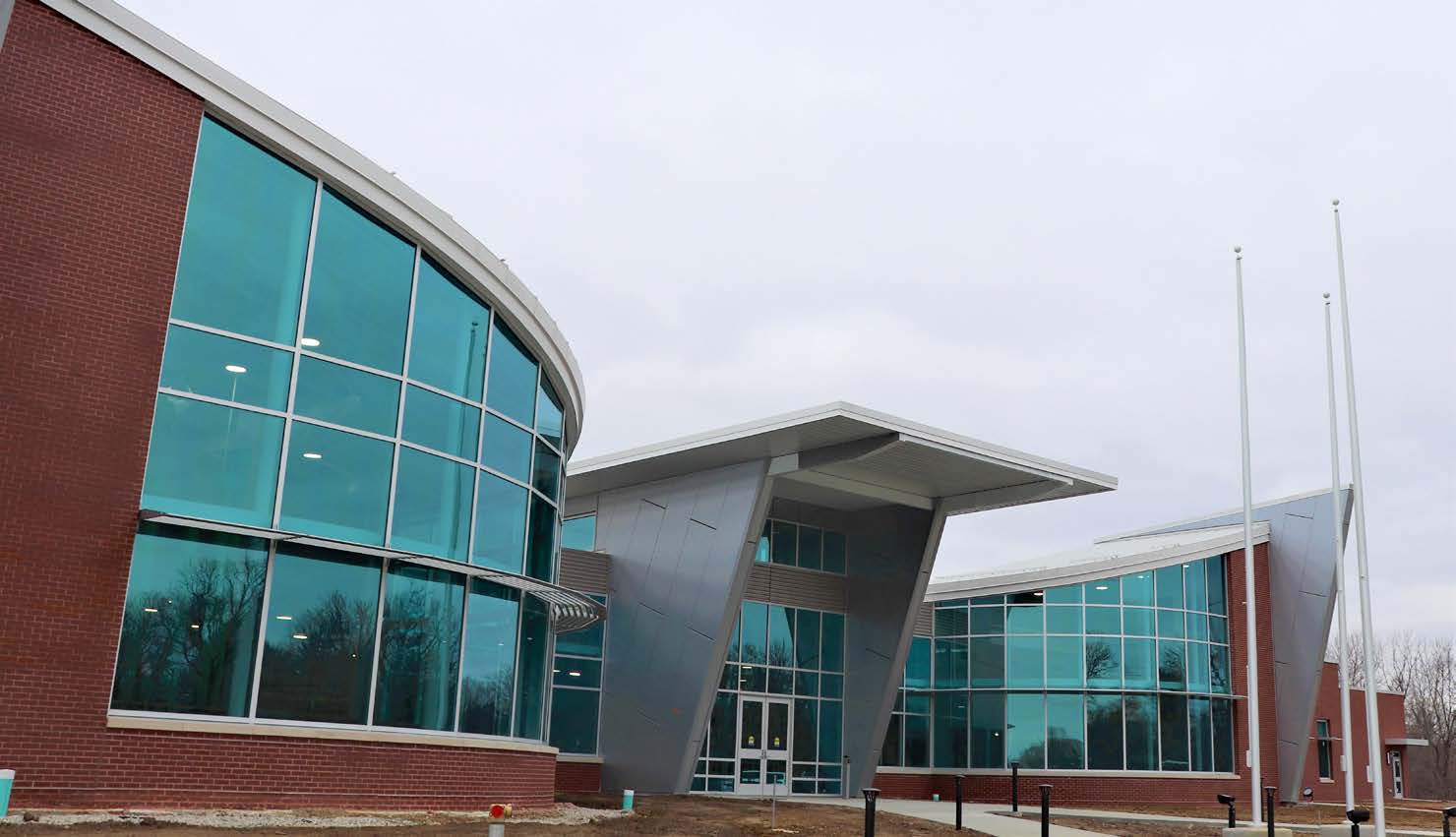 By ROBERTA CODEMO
Work is completed on the new $17 million Fairview Heights Recreational Complex dubbed The REC located at 10025 Bunkum Road. The 30-acre site is the former location of Our Lady of Assumption Church at Bunkum Road and Interstate 64 on the city’s west side. Opening day is May 6.
The city’s Parks and Recreation Department has started moving into the building.
Holland Construction Services was nominated for a Building St. Louis award sponsored by the St. Louis Business Journal for its work on the project.
The project was a team effort between Holland Construction Services in Swansea, EWR Architects (now Farnsworth Group) in Fairview Heights, the city’s Parks and Recreation Department and the city of Fairview Heights.
“It has been a great collaboration from the beginning,” said Holland Project Manager Ryan Savage. “It took everyone working together for this to be a successful project.”
Construction began in October 2017 and there were some slight delays because of the rainy weather during the winter. “It was a rough start, but we overcame it,” said Savage. “The group of contractors on this project really stepped up to the plate. They all worked as if they were hand-selected and the end product shows. It was a great team.”
Holland Construction Services has a long history of building recreational complexes. The company’s most recent project was the Bridgeton Recreation Center in Bridgeton, Mo.
What set this project apart from others that Holland Construction Services has worked on was the complexity of the building. The two-story building features a mix of structural steel, structural masonry and glass. The building has exposed steel joists and decking with curved walls of glass, masonry and metal panels. Large metal wing walls will stick out on the front and back of the building.
The 58,000-square-foot “walkout” style building has an open feel to it and includes a full fitness center with weights and exercise machines, a gymnasium with an elevated walking track that looks down onto two basketball courts and an auditorium.
The centerpiece of the new facility is the aquatic center with a four-lane lap pool, splash pad, water slide, lazy river and a zero entry pool designed for easy access by everyone.
One of the most unusual features of the new rec center is the Clip ‘n Climb. This innovative climbing wall system is the only one of its kind in the region and the concept was developed in New Zealand. “We’ve never done one of these before,” said Savage.
Savage describes Holland’s relationship with the city of Fairview Heights as great. Holland also completed the Fairview Heights Fire Department as construction manager.
“It felt good building something for the community,” said Savage. “We’re proud to be part of it.”

Illinois’ primary child welfare agency is failing families in rural and downstate Illinois, said state Sen. Andy Manar in calling for more resources.
“There is a void in services in parts of the state where child abuse is through the roof,” said Manar, a Bunker Hill Democrat who chairs one of the Senate’s two budget committees. “I believe DCFS is completely ill-equipped to handle what’s happening in the rural parts of Illinois.”
Manar’s district includes rural communities where residents sometimes step in to help children in crisis because DCFS is unresponsive or services are unavailable, and large communities like Decatur, where in February 2-year-old Ta’Naja Barnes died from starvation, freezing and neglect by her mother and mother’s boyfriend.
During a March budget hearing, Manar decried the absence of children’s advocacy centers and other resources in every county of Illinois, even as there has been an increase in hotline calls and abuse investigations by the Illinois Department of Children and Family Services.
According to DCFS data, 39 accredited children’s advocacy centers serve 95 of Illinois’ 102 counties. For example, one center in Macoupin County serves families in Macoupin, Montgomery, Greene, Jersey and Calhoun counties.
Manar asked DCFS officials for more detailed information about the number and location of calls to the DCFS child abuse hotline, locations where abuse investigators work and more. He criticized DCFS for failing to make a sufficient budget request for the upcoming fiscal year that would allow it to properly serve the children and families of Illinois.