It’s an event known for its food, live entertainment, and impressively fast ticket sales. However, this year, organizers of the 11th annual Taste of Edwardsville would like to remind the community of the impact the cause behind this event has had on nearly 200 families over the last decade.

Taste of Edwardsville is one of the primary fund-raising events for Edwardsville Neighbors, a local nonprofit 501(c)3 dedicated to helping families facing medical crisis. 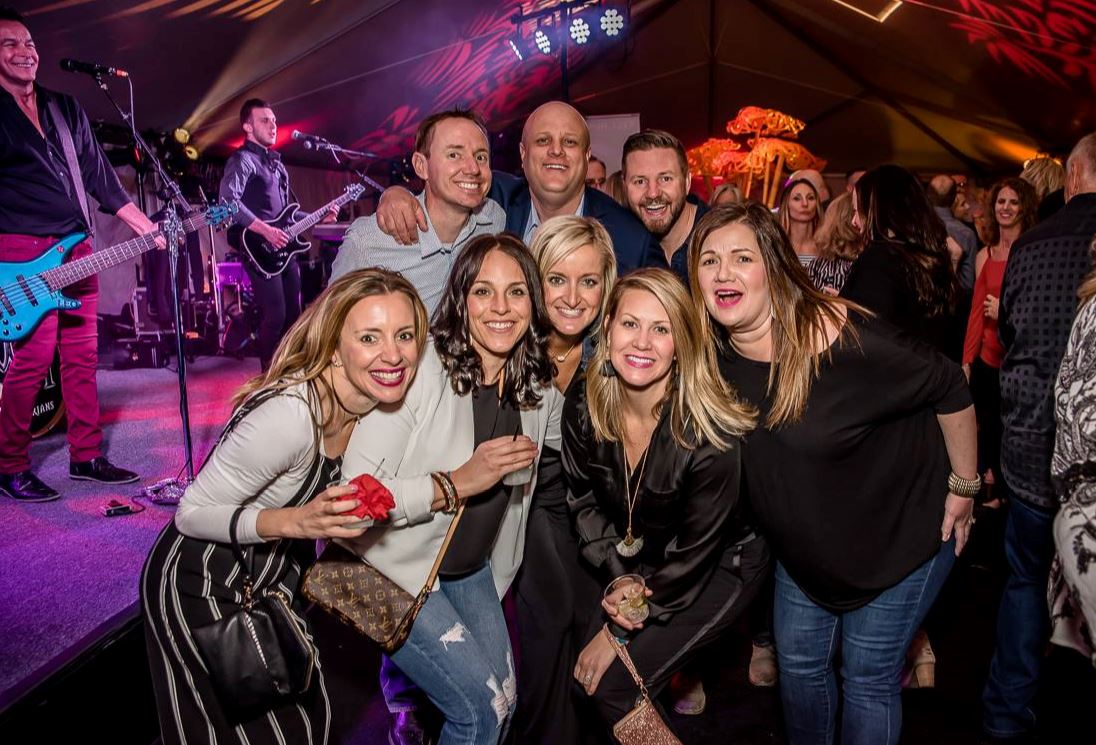 What began 11 years ago as a fund-raising party, aptly named Taste of Edwardsville because of the idea to partner with the numerous, successful independent restaurants in town, was organized by just a few people and has grown to a highly-anticipated event, hosting over 500 guests each year.

Taste of Edwardsville has been made possible thanks to the support of over 70 business partners, 60 annual financial supporters, volunteers and the efforts of a 12-member all-volunteer board. The organization attributes the success not only to the popularity of the event itself, but to the fact the community relates to their mission.

“This is an important milestone for us because over the last decade, we have been able to distribute over $600,000 back into the community, supporting District 7 families facing medical crisis,” said Kathie Opel, President and Co-Founder of the non-profit organization. “And of course, those numbers are wonderful, but for us, it’s about the stories and the personal connections we’ve made over that time.”

Opel said stories like Willow Tolly’s, are why they do what they do. Five years ago, as a senior in high school, Tolly traveled to Minnesota for a total pancreatectomy with islet cell transplant. It was a high-risk procedure she needed in order to save her life. Edwardsville Neighbors helped the family with travel, medical expenses and support during her procedure and has stayed close to Tolly ever since.

“It was like this beautiful blessing just walked into my life,” said Tolly. “They came in and basically said, ‘let’s take this weight off your shoulders and we’ll carry it together.’ They took away the fear, the pain and the financial burdens and replaced them with joy and support. They made me feel like I had an entire army of people willing me to get through this.”

Tolly said she had never heard of Edwardsville Neighbors before they stepped in to help her, but the nonprofit’s mission, of neighbors helping neighbors, inspired her.

“It’s very emotional for me because five years ago, my health prognosis wasn’t good and I had basically given up on having a future,” said Tolly. “Now, the Neighbors members who helped me through my illness, are still beside me – even helping design the flowers for my wedding. They are like family to me.”

This week, as the white party tent is constructed on the Lewis & Clark campus, the anticipation is high among ticket-holders as to what the look and feel of this year’s event will be. General public tickets for Taste of Edwardsville have been steadily selling out faster each year. This year, tickets were sold out in a record-setting two minutes.

All proceeds from Taste of Edwardsville go directly to support Edwardsville Neighbors. More than 20 restaurants are participating in this year’s event and Well Hungarians are returning as the featured performers. Edwardsville Neighbors’ next fundraising event will be the Turkey Trot 5K on the SIUE campus. It takes place every year on Thanksgiving morning.

Established as a nonprofit charitable organization in 2010, Edwardsville Neighbors works to promote its services in the community and actively seeks nominations for families facing medical hardship within the Edwardsville School District’s boundaries. The group’s board of directors oversees fundraising events, community efforts, nominations, and assistance awards.

For more information about Edwardsville Neighbors, go to https://edwardsvilleneighbors.org.