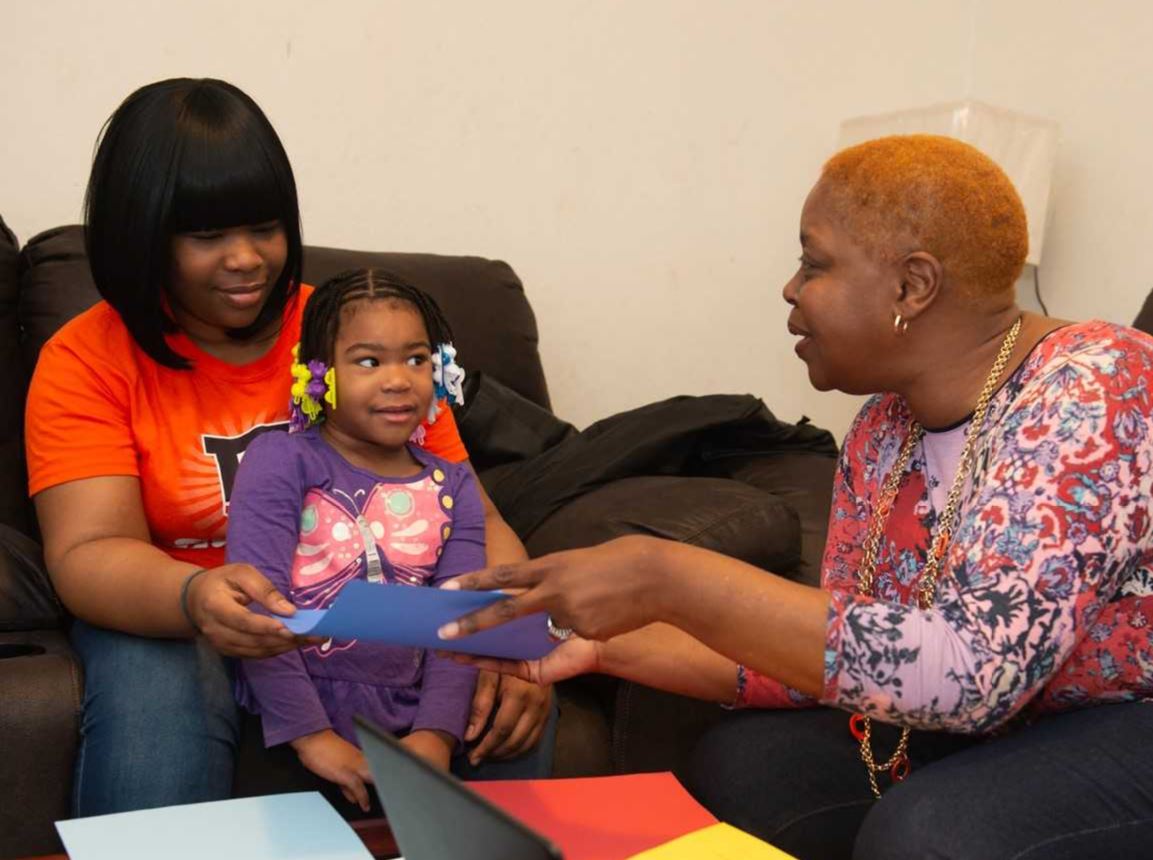 It wasn’t her first career choice, but Sandra Goodwin’s response to a need and her desire to educate and empower others has earned the Southern Illinois University Edwardsville Head Start/Early Head Start teacher high marks and the 2019 Illinois Head Start Teacher of the Year award.

“I was really shocked and humbled by it,” said Goodwin, home visitor with SIUE Head Start since 2010 and early childhood educator for approximately 17 years. “Teaching is something I have loved to do since childhood. I taught my sisters their ABC’s and numbers, and helped my mother get her GED (General Education Development).”

Goodwin was honored during the 2019 Illinois Head Start Association Annual Conference from Wednesday-Friday, March 27-29 at the Bloomington-Normal Marriott Hotel and Conference Center.
Goodwin is a home visitor and visits 12 students and their families in St. Clair County. She works with pregnant mothers and children up to age five.

“Mrs. Goodwin has continuously shown herself to be a dedicated teacher to not only the children on her caseload, but also to their parents,” said Lisa Tate, SIUE Head Start/Early Head Start
program operations coordinator. “She has perfected the art of using her experiences in life to help promote independence and self-sufficiency in the lives of the families she serves.”

“I’m grateful for Mrs. Goodwin. She teaches Sk’i a lot,” said Darnellis Bennett, of Caseyville, during Goodwin’s recent visit with her and her three-year-old daughter. “She is patient and loving with Sk’i, and she makes me feel good about my role as a parent.” Bennett said she has ambitions of becoming a medical doctor.

Empathy and compassion are important characteristics for a teacher, according to Goodwin. “You can be smart and have all the degrees, but you have to be able to put yourself in someone else’s shoes and pull the greatness and passion out of them,” she said. “You also have to respect your students and families.”

Goodwin has a business background. She received a bachelor’s in organizational management from Ashford University. Goodwin also has an associate’s in early childhood education from Southwestern Illinois College.

She once worked as a bookkeeper and cashier. It was while working as a cashier in a café’ at Scott Air Force Base in St. Clair County that the idea of providing childcare was birthed in her.

“My husband is a veteran, and I was working on base,” Goodwin explained. “I never thought in a million years that I would go into childcare, but a lot of pregnant women and mothers came in and said they needed someone to watch their children.”

“I talked to my husband, and he said that the base had a class on home childcare,” she added.

Goodwin operated a daycare out of her Belleville home for 12 years and then became an assistant director at a daycare center in Lebanon for five years.

“I love what I do,” said Goodwin. “I get to communicate to children that they are the best things in this world, and they can do anything. I also try to empower the parents, because they are their children’s first teachers. They also can keep reaching toward education, like I did and still am doing.”