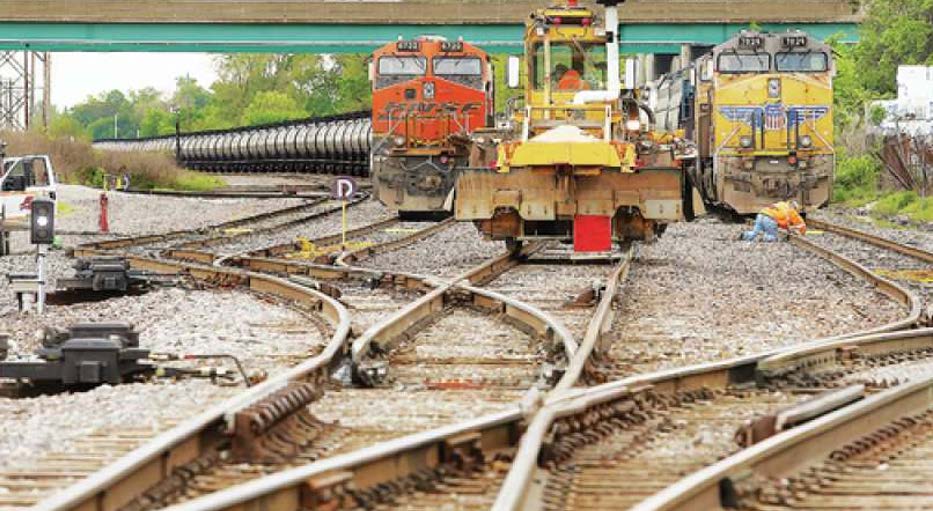 By DENNIS GRUBAUGH
A plan to speed up trains through one of the busiest junctions in Metro East has gotten a significant financial boost from the Federal Railroad Administration.
The Lenox Interlocking Reconfiguration Project in the Mitchell area outside Granite City received $5,083,719 last month, a healthy portion of the money said to be needed to realign trackage and ease a major bottleneck.
“It has significant freight impact to the system in our region,” said Mary Lamie, executive director of the St. Louis Freightway, an arm of Bi-State Development. “This has been on our list of infrastructure projects the last three years for the Freightway and for the Leadership Council of Southwestern Illinois.”
The overall project was first estimated by local officials as $14.8 million, although some work was done late this past year. Before the new grant was announced, some $10 million was said to be needed, meaning about $5 million still to come from public or private sources.
While the yard is owned and operated by Union Pacific Railroad, five rail services use the property, those being three Class I railroads — Union Pacific, BNSF Railway and Kansas City Southern — and two smaller carriers, Alton Southern and Norfolk Southern.
“It’s considered a public-private partnership project where the railroads, the Illinois Department of Transportation and Amtrak are collectively working together from a funding perspective,” Lamie said.
The facility, located just north of where Illinois Route 203 crosses under Interstate 270, was built in 1924. It is marked by the Lenox Tower, a throwback to railroad depots of the past. The tower features an outdated, 80-lever switching system that Lamie said looks a bit like an old foosball game.
The switching is no longer a factor, according to Union Pacific.
“In November we switched over to what we call centralized traffic control. That means our dispatchers in Omaha (Neb.) have control of switching if they need to move a track or a rail in Mitchell,” said Kristen South, spokeswoman for UP.  The tower is scheduled to be removed as part of the changes. 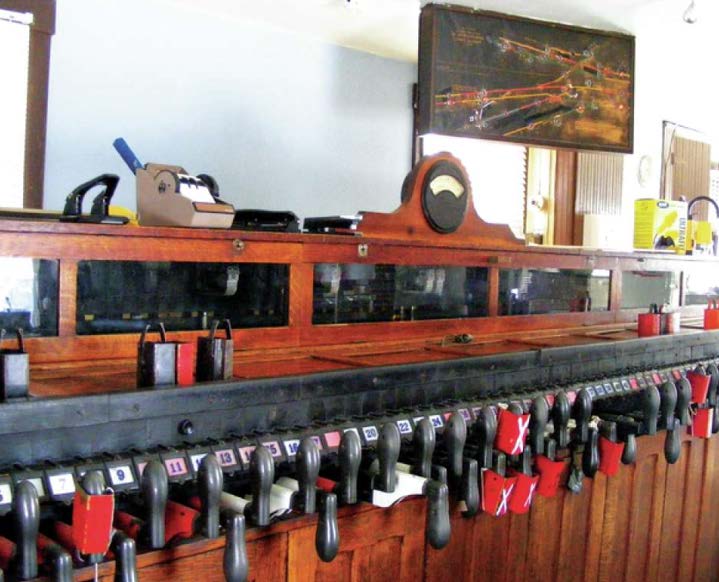 Additional work would center on the tracks themselves. Heavier rails are needed to move trains faster.
Lamie said there is a significant bottleneck and delay because of the existing system.
“With the proposed improvement, we are anticipating that freight train speeds are going to increase by 20 mph, which means it’s going to be reducing some of the bottlenecks and improving some of the capacity. And efficiency,” she said.
A factsheet provided by the Freightway said passenger trains could increase from the 40-60 mph range to nearly 80 mph. Freight rains could increase from the 10-30 mph range to 40-60 mph. 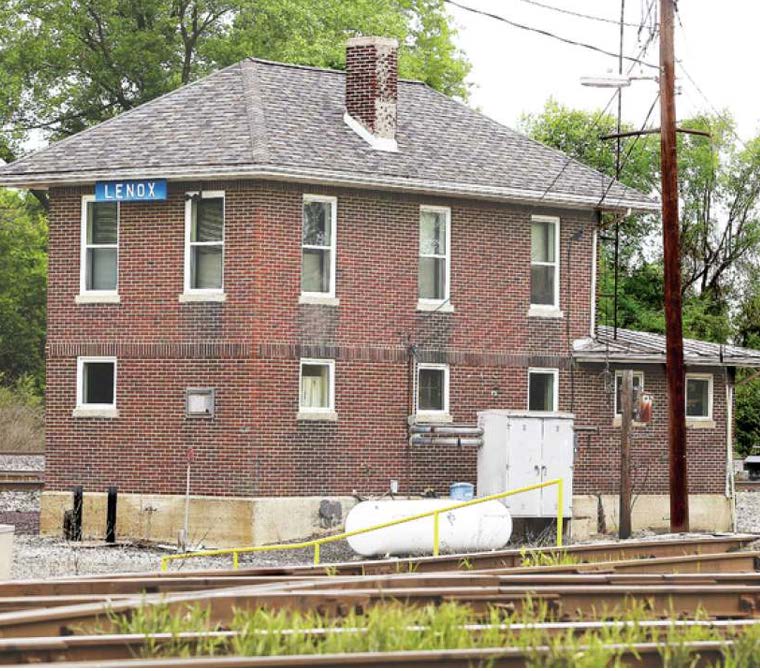 The St. Louis region is the nation’s third-largest rail hub, center of the agricultural heartland and used by all six Class 1 railroads that traverse all parts of the country.
“Improved efficiencies with rail movement through our area helps us attract and support manufacturing and logistics companies who are competing in domestic and international markets,” Lamie said. (Improvement to rail) allows the companies to better compete. Trains are moving through our area more efficiently, meaning more competitive rail rates, which actually benefits all modes of transportation. Better rail rates mean better barge rates, better trucking rates. Freight is in and out of our area using all modes of transportation.”
The money spent is a good regional investment, she said.
“It’s not only our supply chain, but the nation’s supply chain,” she said.
The exact number of trains that pass through Lenox each day is a bit unclear. The Freightway says it is an average 66. However, a statement from two U.S. senators announcing the grant last month put the estimate at 46 daily. Regardless, the yard gets substantial use.
“Dozens of freight trains used the old Lenox Interlocking System each day, slowing traffic and causing significant delays for rail and highway users,” U.S. Sen. Tammy Duckworth, D-Illinois, said. “This critical funding for the Illinois Department of Transportation will help our state modernize the interlocking and relieve this bottleneck to improve reliability and bring local jobs to Madison County, while also updating our regional and national transportation systems.”
The competitive benefits are similar, but the rail project is not connected to the ongoing work on the Merchants railroad bridge crossing the Mississippi River. Terminal Railroad has secured the construction financing for the Merchants Bridge and very early construction stage work is under way. The bridge should be completed sometime in 2021.
Many of the trains coming from the Lenox area use the bridge.
The $5,083,719 in federal funding comes from the U.S. Department of Transportation Federal Railroad Administration’s Fiscal Year 2017 Consolidated Rail Infrastructure and Safety Improvements Grant Program.
“This important federal investment will improve rail speed and service reliability for Amtrak passengers and freight services in the Metro East region,” said U.S. Sen. Dick Durbin, D-Illinois.
Durbin said the project is estimated to reduce Amtrak trip times and reduce freight train delays by more than two hours per day and reduce gate downtime at a nearby grade crossing by two hours per day.
The Freightway believes the modernization project would reduce freight train delays even more — by 43 hours a week for combined freight, or more than 10 hours per day.
“The increase in velocity would reduce delays at highway-rail grade crossings due to passing trains, thereby decreasing traffic delays for nearby communities and reducing emissions from idling vehicles,” a fact sheet provided by the Freightway says. “The project would also consolidate six operator positions, eliminate tower facility expenses, and lower track maintenance.”
UP spokeswoman South offered the rail industry’s perspective.
“Basically, the point of the program is to be able to increase speed and operational flexibility for both passenger and freight trains. That entire area we want to be an efficient, seamless, fluid operation. Right now, we’re in the planning stages of how the implementation and timing goes.”
South said she had not seen the $14 million estimate provided by local officials and could not confirm the amount of money still to be funded. The source of that money also is unclear.
“That I couldn’t answer yet. What I can tell you is we invest heavily in Illinois every year. Last year we spent more than $168 million in capital improvements,” South said.

On the eve of 90, businessman looks back on a storied career