This is an analysis of the governance provisions of the Better Together Plan (Feb. 11, 2019, version). It is intended to help understand fully what is being proposed.

1. Designing the proposal as a constitutional amendment requiring a statewide vote significantly dilutes the influence of City of St. Louis and St. Louis County voters. Approximately 77 percent of the November 2020 Missouri electorate will neither be residents of the City or County. With a few adjustments, the proposal could have been prepared through the Board of Freeholders/Electors process. Then the proposal would be developed in a transparent process and only be decided by City and County voters (see No. 9).
2. The proposal eliminates the Board of Freeholders/Electors process (Article VI, Sections 30/31/32) from the Missouri Constitution, depriving future City/County voters from using that method to make reforms in City/County local government.
3. The proposal eliminates all municipal governments (including the City of St. Louis) and prohibits any subgroup of citizens within the combined City/County from incorporating as a city (“the powers and privileges of the metropolitan city shall include, without limitation, all powers and privileges of the county of St. Louis and of any municipality”) (Section 2, Paragraph 2). The replacements, “municipal districts” (see No. 6), will be sub-districts of the Metropolitan City, not independent jurisdictions. Neither the Indianapolis/Marion County nor the Louisville/Jefferson County mergers eliminated municipalities.
4. The new charter for the Metropolitan City will not follow the prevailing home rule process (citizen commission followed by a public vote). Instead the Metropolitan City Mayor and Metropolitan City Transition Mayor are charged with completing this task by Jan. 1, 2023 (Section 2, Paragraph 7c). The new charter will be effective “unless disapproved by resolution adopted by two-thirds of all members (of the 33-member metropolitan council) voting in the affirmative…” (Section 2, Paragraph 7c). There will be no public vote on the charter. Any subsequent amendment to the charter “shall require the affirmative vote of two-thirds of the qualified electors voting there on”) (Section 2, Paragraph 3). By contrast, a new State of Missouri constitution requires a majority vote to form a constitutional convention, followed by popular election of delegates (a mix of at-large and district), and a majority vote on the proposed new constitution (Missouri Constitution, Article XII, Sections 3a, 3b, 3c). The current Missouri Constitution requires a majority vote for any proposed amendment (Missouri Constitution, Article XII, Section 2b). A fundamental democratic principle is that constitutions and charters are citizen-driven and citizen-approved (“We the People”).
5. Instead of having a citizen commission propose basic features of the Metropolitan City and then have those features approved by a majority of the Metropolitan City voters, the Better Together Plan dictates the number and titles of elected executives (mayor, assessor, prosecuting attorney), the size of the legislature (33 members), the form of legislative representation (district-based), the length of terms (four years), the timing of elections (November general election), and the process for filling vacancies. If the Metropolitan City citizens would want to alter any of these, it would require an amendment to the Missouri Constitution which would need approval by a majority in a statewide vote.
6. Except for the City of St. Louis, all other municipalities will be replaced by “municipal districts” having the same boundaries and the same governing bodies as the municipalities they replace (Section 3, Paragraph 1a). The residents of these municipal districts will have very limited authority but still be responsible “for the satisfaction of outstanding obligations of any kind incurred by the municipality…” (Section 3, Paragraph 1a). Any municipal district “may be dissolved as authorized by an ordinance of the Metropolitan City” (Section 3, Paragraph 3). These municipal districts will have no control over the most important services like police protection and roads. Their taxing and budgetary powers will be substantially reduced. Their zoning authority would be subject to the decisions of the Metropolitan City. 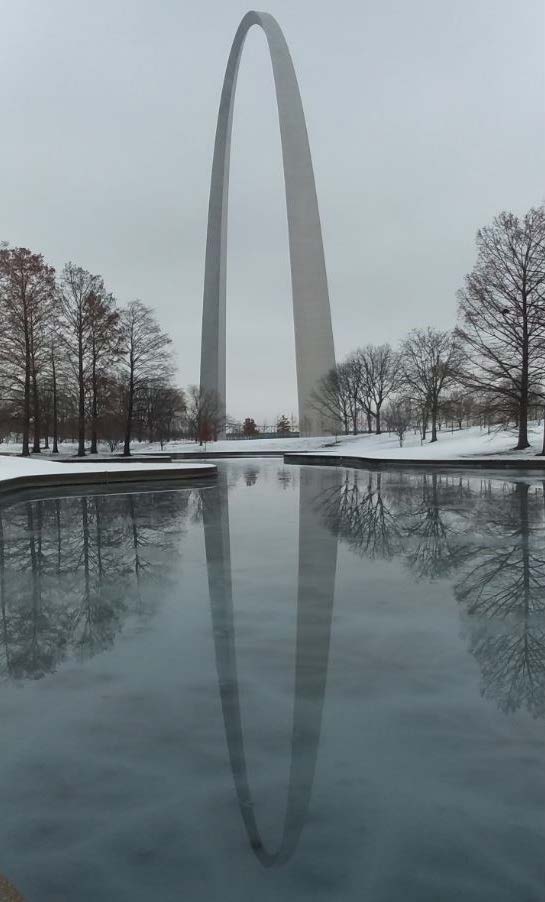 7. After a transitional period (Jan. 1, 2021, to Dec. 31, 2022), the City of St. Louis municipal government is eliminated and replaced by a new entity entitled the “St. Louis Municipal Corporation” (Section 4, Paragraph 1a). This new entity’s leaders will be “a board of directors of five qualified voters appointed by the transition mayor” (Section 4, Paragraph 2). Successor directors will be appointed by the Metropolitan City Mayor (Section 4, Paragraph 2). This means the municipal districts in the current St. Louis County will have elected leaders but their counterpart in the current City of St. Louis will not have elected leaders.
8. From Jan. 1, 2021, through Dec. 31, 2024, the Metropolitan City Mayor “shall be the person duly serving as county executive of the county of St. Louis on Jan. 1, 2019” (Section 2, Paragraph 6a). During the first two years, the Metropolitan City Mayor will share executive powers with a Transition Mayor who “shall be the person serving as mayor of the City of St. Louis on Jan. 1, 2019” (Section 2, Paragraph 7a). The Metropolitan City Assessor and the Metropolitan City Prosecuting Attorney through December 31, 2024 will be the individuals in those positions as of January 1, 2019 (Section 2, Paragraphs 6c and 6d).
The terms of the three current St. Louis County officials would otherwise have ended Dec. 31, 2022. The term of the current City of St. Louis Mayor would otherwise have ended in April 2021. This means City of St. Louis voters will be governed for four years (Jan. 1, 2021 to Dec. 31, 2024) by individuals they did not have the opportunity to elect, that St. Louis County voters will be governed for two years (Jan. 1, 2021, to Dec. 31, 2022) by someone they did not have the opportunity to elect, and Metro City voters will be governed for two years (Jan. 1, 2023, to Dec. 31, 2024) by three officials (mayor, assessor, prosecuting attorney) who nobody elected.
9. The Better Together Task Force issuing the plan, originally three members and subsequently expanded to five, was not selected through any kind of democratic process. That makes it legitimacy questionable. Although it held town halls and similar events to solicit ideas, its deliberations were private. By contrast, the members of a Board of Freeholders/Electors are chosen by elected officials (nine by the City of St. Louis Mayor with the advice and consent of the Board of Aldermen, nine by the St. Louis County Executive with the advice and consent of the County Council, and one by the Governor). As a public body, Board of Freeholders/Electors’ meetings must be open and its documents (e.g., agendas) are subject to Missouri’s Sunshine Law.
10. The Better Together amendment petition was made public late morning Jan. 28, 2019. The proposed constitutional amendment petition was filed with the Secretary of State’s office mid-afternoon that same day. The petition was then withdrawn February 8, 2019 and a revised petition submitted to the Secretary of State’s office Feb. 11, 2019. There was no meaningful time for public review and comment. Since January 28, 2019, Better Together has expressed no willingness to consider modifications to the amendment. A governmental charter drafted in darkness, resistant to change, approved in a statewide election but rejected by a majority of City of St. Louis and St. Louis County voters — that is a path to an illegitimate and dysfunctional government. What ostensibly is intended to unite St. Louis could instead divide it.

On the eve of 90, businessman looks back on a storied career