A bill to preserve U.S. Route 66 has passed the U.S. House of Representatives. 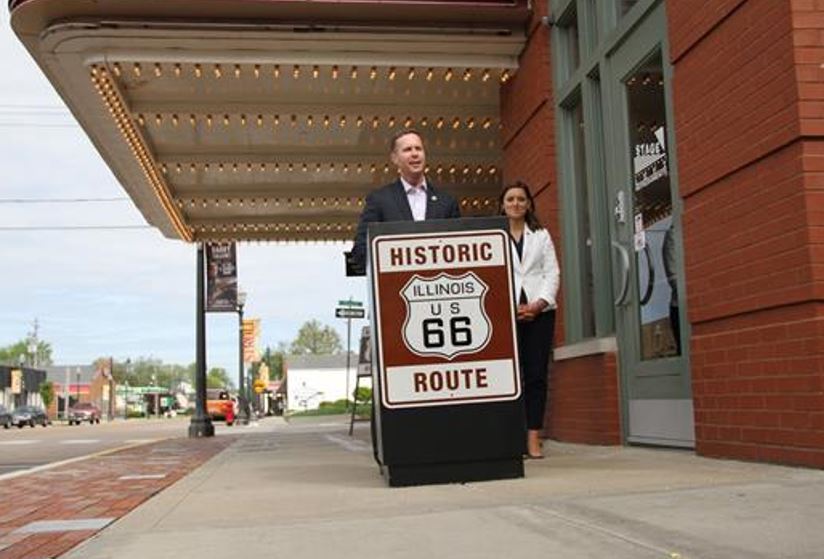 “Route 66 is a symbol of American independence and prosperity. I am proud to have America’s most iconic road run through the middle of my district and it’s important we celebrate its history,” Davis said. “This bill will create a commission to honor the 100th anniversary of Route 66 in 2026 and will create a plan to ensure the historic road is preserved for future generations. I want to thank Chairman DeFazio, Ranking Member Graves, Rep. Napolitano, and my colleagues for their support of this legislation that will preserve one of our nation’s treasures.”

Davis spoke in support of H.R. 66 on the House floor. Below are some highlights of his remarks.

As the new Ranking Member of the Subcommittee on Highways and Transit, Davis emphasized the need to focus on infrastructure investments and that bipartisan accomplishments are possible when both sides work together.

“I want to recognize the Chairman of the Highways and Transit Subcommittee and thank her for her support, Mrs. Holmes Norton. I appreciate your support on this issue and as your Ranking Member on the committee, I look forward to working with you in a very bipartisan way to make sure that we put infrastructure first when it comes to the United States of America.”

Davis also referenced the many local businesses along the Route 66 in the 13th District that rely on this historic road.

“In April of 2017, my colleague from central Illinois, Representative Darin LaHood, and I went on an extended tour of Illinois’ stretch of the highway, along with numerous state legislators in Illinois. Like my good friend, State Rep. Tim Butler and my state representative, Avery Bourne. We toured the stretches of Route 66 that we share.

“I had the opportunity to personally witness the economic impact of the Mother Road throughout my district and Rep. LaHood’s district. They support many jobs and key economic activity in many of our smaller rural communities that we are blessed enough to represent. This keeps many of those communities alive economically.”

PHOTO: Congressman Rodney Davis and state Rep. Avery Bourne at the Wildey Theater in Edwardsville, during a tour last year on Route 66.