The 600-acre logistics park will be built south of Interstate 270 between Interstate 255 and Illinois Route 111 in Pontoon Beach by NorthPoint Development, which plans to break ground in March. The first building of 540,000 square feet is expected to be finished by the end of the year.

The announcement was made Monday. The development is being called Gateway TradePort.

“This is a another big win for Madison County,” Prenzler said. “Congratulations to Mayor (Mike) Pagano, Pontoon Beach, and Madison County Community Development. This development adds another location to our growing logistics industry, which has already brought thousands of jobs to the county.”

Madison County has doubled transportation and warehousing jobs since 2008. This additional industrial park solidifies Madison County’s standing as a warehousing and logistics hub, not just in the region, but in the United States.

Madison County Director of Community Development Trudy Bodenbach points out this new development is a huge investment into Pontoon Beach and Madison County.

“Pontoon Beach officials are rightfully excited with this success,” Bodenbach said. “This project will be a great addition to the Village of Pontoon Beach. This will be a huge shot in the arm for all of our surrounding communities.” 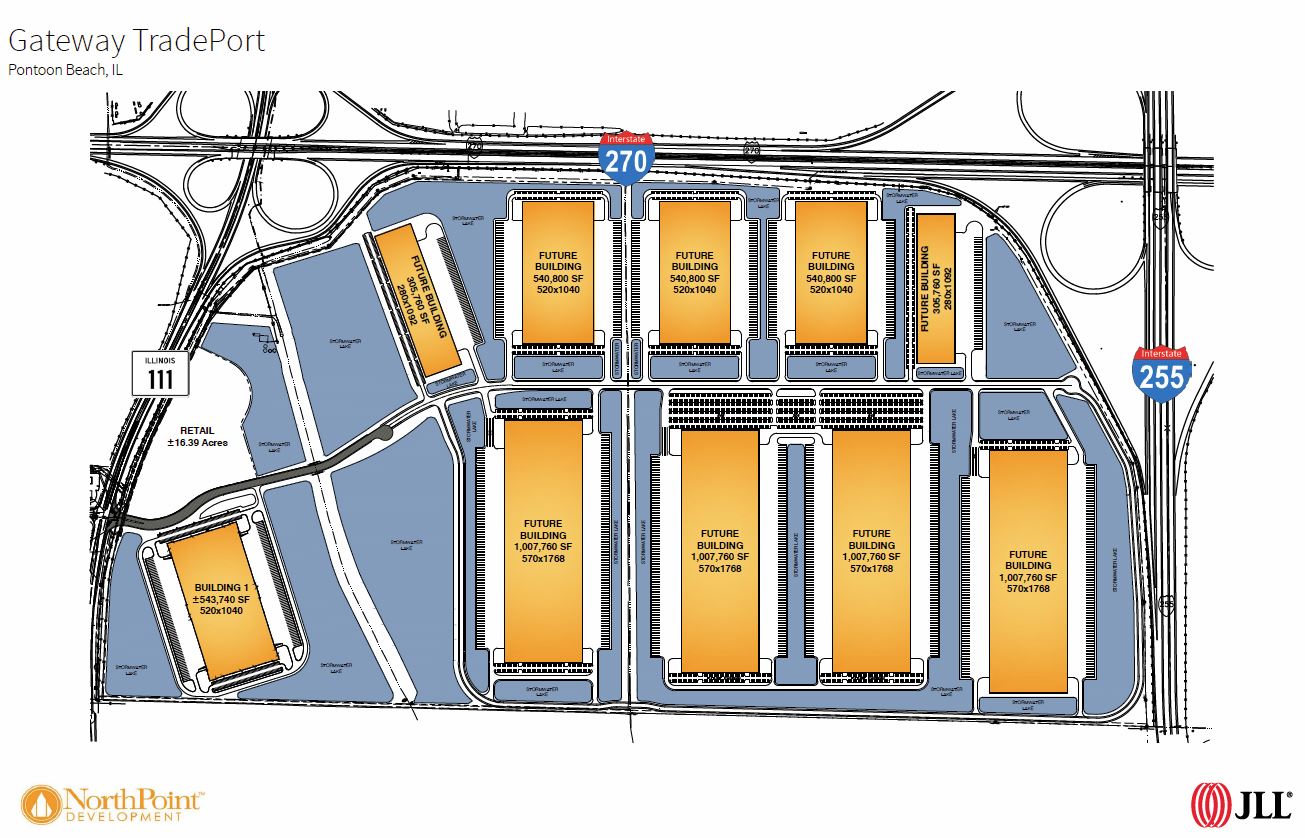