Zakaria will speak on the role of leadership in pressing national and global issues. The program will begin at 6:30 p.m.; doors will open at 6 p.m. 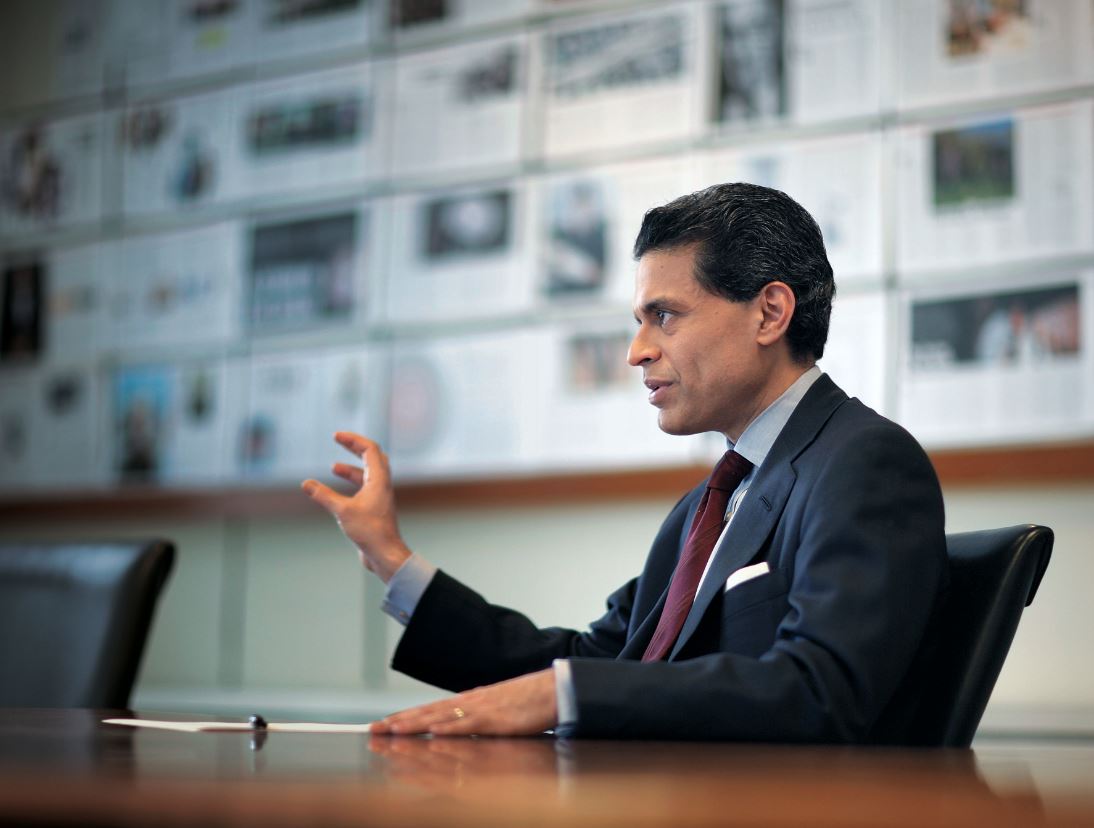 “Fareed Zakaria is a living example of the mission of the MJCHF Humanities-Inspired Leadership program,” said MJCHF Founder and President Mannie Jackson. “We are pleased to model the mission through his message.”

Zakaria hosts Fareed Zakaria GPS (Global Public Square) for CNN Worldwide and is a columnist for The Washington Post, a contributing editor for The Atlantic, and a bestselling author.

Fareed Zakaria GPS is a weekly international and domestic affairs program that airs on CNN/U.S. and around the world on CNN International. Since its debut in 2008, it has become a prominent television forum for global newsmakers and thought leaders.

Zakaria has regularly hosted primetime specials for CNN Worldwide, and frequently contributes his thoughtful analysis of world events and public affairs to CNN.com; Fareed’s Global Briefing, a daily digital newsletter; and other programming across CNN’s multiple platforms.
“Fareed Zakaria has rightfully been recognized as one of the top 10 global thinkers of the last decade by Foreign Policy magazine,” said MJCHF Board Member and L&C President Dale T. Chapman “As the U.S. and countries throughout the globe struggle with issues of forced migration, food and water shortages, and imploding nation states, I can think of no better speaker to help inform the L&C MJCH® Humanities-Inspired Leadership program.”

Zakaria is the author of three highly-regarded and New York Times bestselling books: “In Defense of a Liberal Education” (2015), a commentary on the importance of a well-rounded education; the international bestselling “The Post-American World” (1st ed. 2008, 2nd ed. 2011), a discussion of the rise of non-Western powers; and “The Future of Freedom” (2003), a study of “illiberal democracy” in various countries, also an international bestseller.

Prior to his tenure at CNN Worldwide, Zakaria was editor of Newsweek International, managing editor of Foreign Affairs, a columnist for Time, an analyst for ABC News, and the host of Foreign Exchange with Fareed Zakaria on PBS.

In 2017, Zakaria was awarded the Arthur Ross Media Award by the American Academy of Diplomacy. He was named a “Top 10 Global Thinker of the Last 10 Years” by Foreign Policy magazine in 2019, and Esquire once called him “the most influential foreign policy adviser of his generation.”

Zakaria serves on the boards of the Council of Foreign Relations and New America. He earned a bachelor’s degree from Yale University, a doctorate in political science from Harvard University, and has received numerous honorary degrees.

Zakaria joins the list of esteemed national and international guests who have been featured by the MJCHF, including General Colin Powell (2016), Kareem Abdul-Jabbar (2017) and Naomi Tutu (2018).

Tickets, which include dinner and a program, are $200 each and are available online at www.mjchf.org/zakaria. Previous events have sold out, so be sure to reserve your spot today.