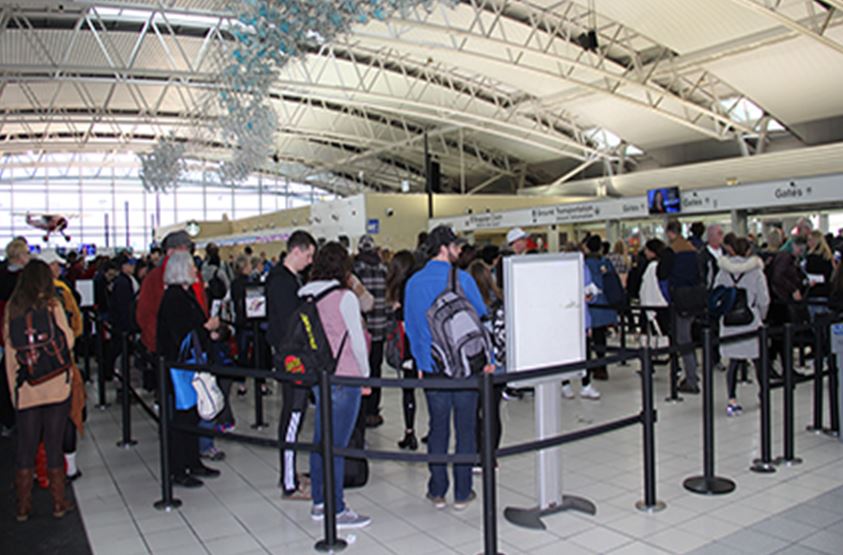 The full 2018 air traffic reports are at www.flystl.com/reports.

“We’ve seen great growth over the last few years in passengers, destinations and the change-over to larger aircraft, which has boosted seating capacity into St. Louis,” said STL Director Rhonda Hamm-Niebruegge. “It’s taken a lot of teamwork and partnerships with our airlines- and a corresponding market demand—to build up to our biggest year over the last decade and a half.”

Another strong growth trend for Lambert has been the increase of connecting passenger activity. Connecting enplanements in 2018 grew by 18 percent or 1,797,130 passengers versus 2017. Connecting activity accounts for nearly 23 percent of passenger enplanements, up 2.3 percent from a year ago. Most of the connecting activity growth has been on Southwest, which has added nearly a dozen new non-stop markets in the last three years.

Southwest holds the biggest market share of 60.3 percent at Lambert, based on enplaned passengers. American Airlines captured a 2018 market share of 15.3 percent, while Delta Air Lines accounted for 10.8 percent of passenger enplanements.

To meet the growth in passenger demand, the Airport expanded services in 2018. Wingtips, Lambert’s first common-use lounge, opened near gate E29 in Terminal 2. A new Starbucks and a Three Kings Public House restaurant also opened in that same area. Vino Volo opened a second location in Concourse A in the past year. In spring 2019, another new food venue will debut near gate E33 in Terminal 2.