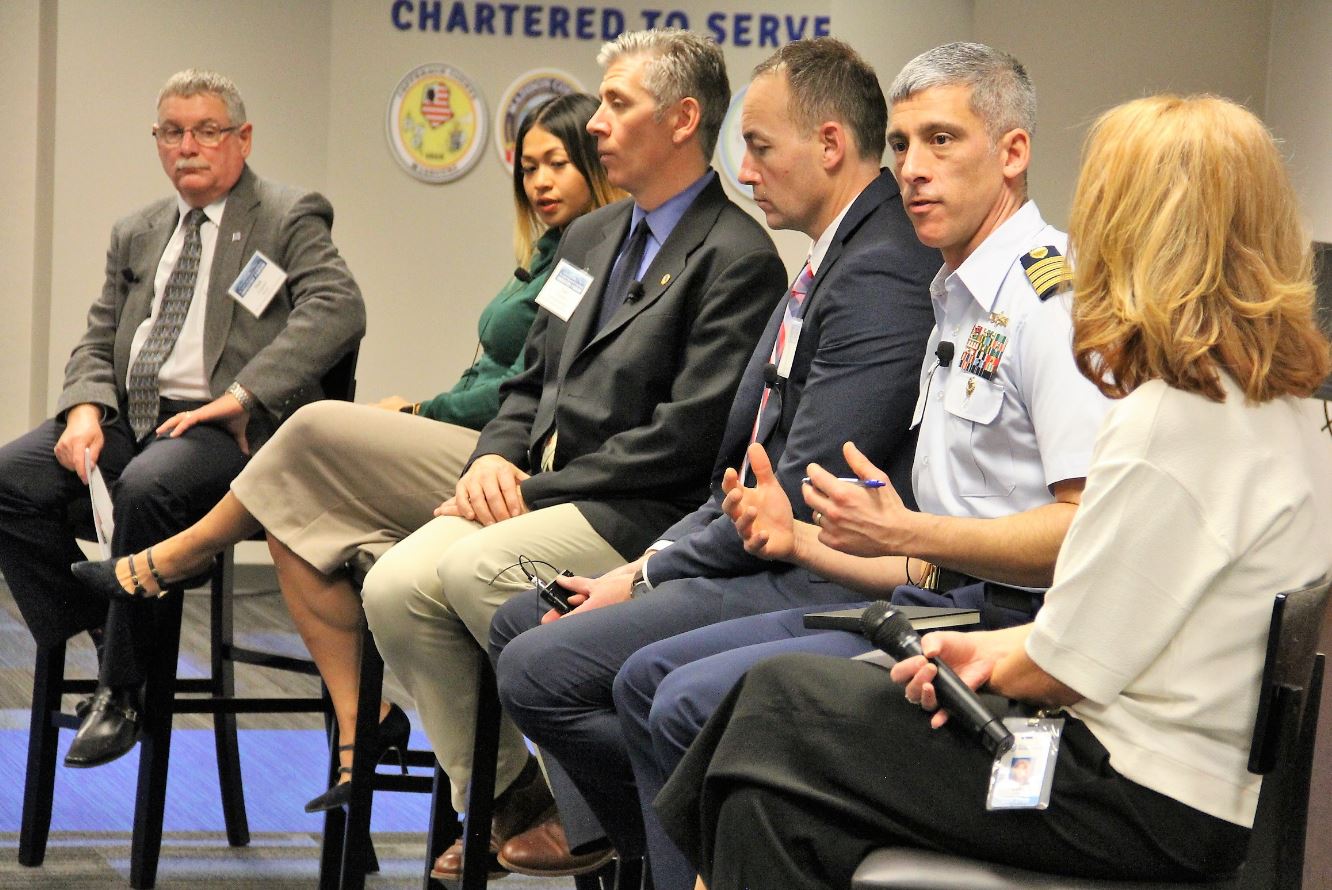 The St. Louis Regional Freightway and other key stakeholders met in a recent forum to discuss the area’s readiness for a terrorist attack.

The Freightway group welcomed representatives from the East-West Gateway Council of Governments, the St. Louis Area Regional Response System (STARRS) and the United States Coast Guard to raise awareness about preparations for a regional response plan and capstone exercise in the event of a complex coordinated terrorist attack in the bi-state area.

The meeting was the focus of The Freightway’s December Industry Forum, and featured discussions on how the region’s multimodal freight network could be impacted in the event of an attack, and the important role it plays in making sure the region is prepared.

“There is now a responsible party out there – whether it’s through a specialty response team, the urban area search and rescue team, the law enforcement tactical operation team or a team embedded within the hospitals right now – there are response units that can take on mass casualty incidents,” said Gragnani.

Althea de Guzman, regional program manager with Hagerty Consulting, serves as the program coordinator for the St. Louis Regional Complex Coordinated Terrorist Attack. She spoke about the program and how the region’s multimodal freight infrastructure can play a key role in preparing for an attack.

“The whole purpose of the CCTA program is to design and manage planning, training and exercises for the region,” Guzman said. “We are currently creating operational guides for law enforcement, fire, EMS, command and control and special operation units that include SWAT, bomb and arson. We’ll then get to train and exercise them in actual response drills.”

Guzman noted that her team is being proactive in identifying gaps in the region where more collaboration is needed. One gap she noted is the needs and challenges along the Mississippi River.

This sentiment was echoed by Dale Chambers, the St. Louis region’s program manager for the Preparing Communities for CCTA and Hospital Preparedness Program grants, who also serves as the coordinator for the regional training and exercise program. “The river creates a whole lot of challenges, and we are relying on everyone to get engaged,” he said. “That could be by providing meeting space, training opportunities or by opening up barges or boats for training exercises.”

One way those challenges are being addressed is through collaboration with the U.S. Coast Guard. Captain Scott Stoermer talked about their tactical resource role with advanced counter-terrorism. Stoermer is responsible for Coast Guard operations that include all or parts of 11 states and more than 2,200 miles of commercially navigable waterways on the upper Mississippi, Missouri and Illinois rivers and their tributaries.

Matt Taylor has been with the St. Louis County Police Department for more than 17 years and is currently assigned to the department’s Intelligence Unit and detached to the St. Louis Fusion Center. One of three in Missouri and 79 across the nation, the St. Louis Fusion Center was born out of the 9/11 Commission to improve communications and prevent terrorism. It analyzes and responds to reports of suspicious activity and other local/national/global intelligence that is collected or reported.
“Our priority is preservation of life and everything we do is based on that principal,” Taylor said. “The biggest way we are able to do this is through our suspicious activity reports. If more people know what a fusion center is and the impact of suspicious activity reports, it’s a win for everyone.”

Lamie reinforced the region’s vital role as a national multimodal freight transportation hub and highlighted how the St. Louis Regional Freightway would help with engagement of both those within the region’s freight industry and local users of the freight network.

“We have companies like Nestle Purina and AB In-Bev, trucking companies, six Class I railroads, our ports, airports and pipelines. There’s no other location along the Mississippi River that has the cluster of barge transfer facilities we have here in the St. Louis region,” Lamie said. “We will make sure that all of these partners know this group wants to work with them and that they need to be a part of this important initiative.”

From left to right: