FGM Architects, whose locations include an office in O’Fallon, Ill., has acquired Jackson Galloway Architects, based in Austin, Texas. 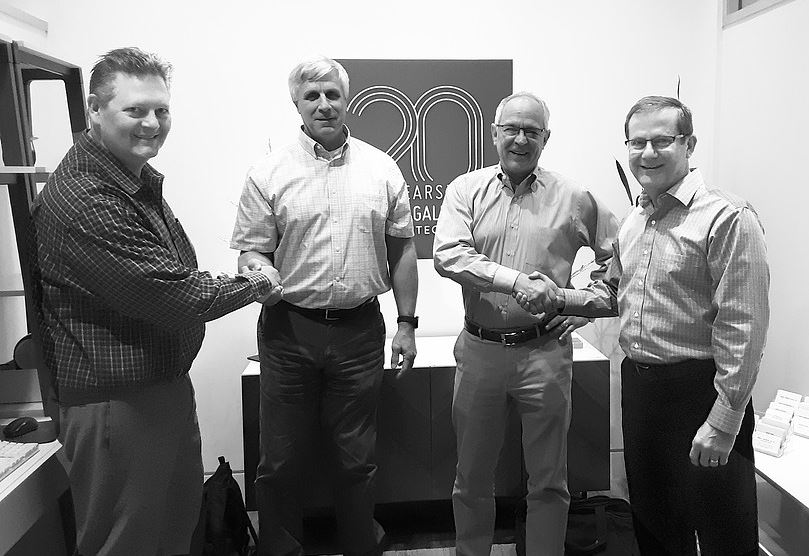 The two firms share core cultural values as well as practice areas that focus on enhancing the environments where people live, learn, worship, work, play and gather, officials of both companies said in an announcement Friday morning.

FGM Chief Executive Officer, John Ochoa notes, “Austin is one of the fastest-growing cities in the country with a dynamic culture and business climate. As the region grows, there’s a corresponding need for schools, municipal, public safety and other kinds of buildings which presents an exciting opportunity for FGM. Our strategic business plan focuses on growth through market diversification. As we explored expanding our practice to Austin, Jackson Galloway quickly emerged as a natural partner. Their distinguished body of work and outstanding team are a great match for FGM’s strengths and the spirit we bring to our work.”

John Jackson and Bob Galloway, founding partners of Jackson Galloway Architects concur: “The qualities of integrity and commitment to high standards we find at FGM are those we aspire to at Jackson Galloway. Our mantra is ‘live inspired’ and we strive to create designs that are beautiful, authentic and timeless. FGM has the same commitment, evidenced by their design work in multiple practice areas as well as the lasting partnerships they have with such a range of community partners.”

FGM’s acquisition of JGA is key to the firm’s strategic plan for continued growth through market diversification. FGM is an employee-owned firm that has been in existence since 1945. FGM’s acquisition of JGA is the second in the firm’s history. In 2011, FGM strengthened its municipal and recreation practices with the acquisition of SRBL Architects, a Chicago-area firm known for its expertise in public safety, recreation and civic design. In recent years, FGM has opened offices in St. Louis and Milwaukee, Wis., to create a durable base for the continued expansion of its business in those states.

Austin and the surrounding Central Texas region consistently top “Best Of” lists in terms of jobs and population growth, quality of life, entrepreneurship, education and many other measures. In December, Money magazine rated Austin the best city in America to live in, “…because of the thriving job scene, coupled with memorable food, music, and a startup culture.”

FGM President John Dzarnowski says, “We’re excited to join forces with Jackson Galloway and join Austin’s vibrant business ecology. The entrepreneurial energy, spirit of innovation and expanding horizons there are a perfect match for FGM’s expertise and commitment to building resilient communities. We already have a sound foundation for integrating our operations and are actively pursuing design projects in Austin and the neighboring region.”

John Jackson and Bob Galloway agree, noting that “FGM’s deep portfolio combined with our track record and network of robust relationships ensure that our combined firm will be a competitive force. We feel confident that this partnership ensures the continued strength of our work now and in the future. We are definitely better together.”

Founded in 1945, FGM Architects currently serves communities in Illinois, Missouri and Wisconsin from its offices in Oak Brook, Chicago, O’Fallon, St. Louis and Milwaukee with a staff of 88 architecture, design, technical and administrative professionals.

In 2018, FGM received the “Outstanding Firm of the Year” award from AIA-Northeast Illinois, an association whose membership encompasses the “Chicagoland” region. In 2017 and 2018, FGM was named an “Outstanding Emerging Professionals Friendly Firm,” one of four firms in five states given this designation by the Central States Region chapter of AIA.

Jackson Galloway Architects was founded in Austin, Texas, in 1997 by John Jackson and Bob Galloway, partners who began working together as aspiring architects at the University of Arkansas’s renowned Fay Jones School of Architecture. Jackson Galloway operates throughout Central Texas and is well-known for its expertise with faith-based clients. Jackson Galloway has also completed designs for schools, municipal facilities as well as corporate and residential clients. Recently, Jackson Galloway designed the new City Hall for the City of Hutto, a fast-growing community north of Austin. Other notable projects completed by Jackson Galloway’s 14-person staff include the Special Olympics Headquarters of Texas, Grace Bible Church, Greater Mount Zion Baptist Church, the Regents School of Austin as well as numerous projects for the Austin Independent School District.