In what one analyst called an alarming trend, nearly one-quarter of jobs created in the past year in Illinois were government positions.

Government jobs in Illinois outpaced manufacturing jobs in the most recent jobs report from the Illinois Department of Employment Security. 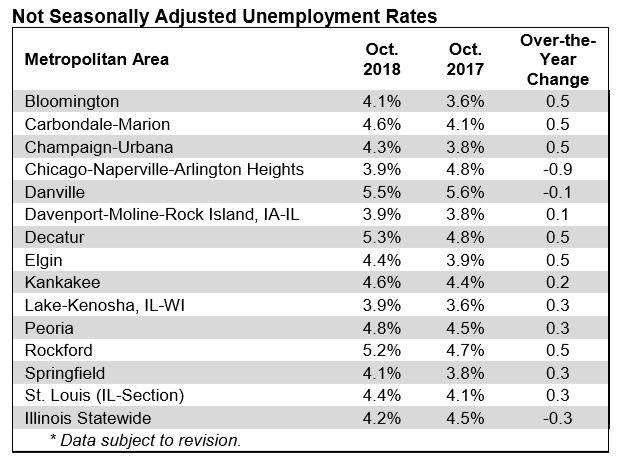 Wirepoints founder Mark Glennon said the growth of manufacturing jobs is good, but even those gains were outpaced by government hiring.

“This imbalance between the growth rates is not healthy,” Glennon said. “If government is growing faster than the private sector, we’ve got a problem.”

Across all sectors, Illinois gained 59,300 jobs over the last 12 months in Illinois. Government posts made up a quarter of that.
Glennon said the addition of new tech and communication jobs is great for downtown Chicago, but more rural areas where manufacturing provides a good salary is very important to the state’s overall economy.

“It adds to the payroll costs, which is the largest component of government spending and I don’t see much hope for reduced overall costs of government,” Glennon said.

IDES said local units of government added jobs across the board. While municipalities and park districts hired employees, most of the jobs were at school districts. Glennon said that makes sense.

“I would suspect school districts because we had that big jump in spending on school districts,” Glennon said. “The new school funding formula added $350 million, so that presumably goes largely into payroll.”

Glennon said government growing faster than blue-collar manufacturing jobs is a troubling trend that could lead to more fiscal instability and more burden on taxpayers.

Unemployment rate increased in most metro areas of state

“The unemployment rate increased over the year in most metro areas across the state,” said IDES Director Jeff Mays. “The increases were mostly due to more people reentering the job market and not immediately securing a job.”

The industry sectors recording job growth in the majority of metro areas included Manufacturing (11 of 14), Professional and Business Services (11 of 14), Transportation, Warehousing and Utilities (9 of 14), Education and Health Services (9 of 14), Mining and Construction (8 of 14), and Wholesale Trade (8 of 14). Not seasonally adjusted data compares October 2018 with October 2017.

The not seasonally adjusted Illinois rate was 4.2 percent in October 2018 and stood at 12.2 percent at its peak in this economic cycle in January 2010.