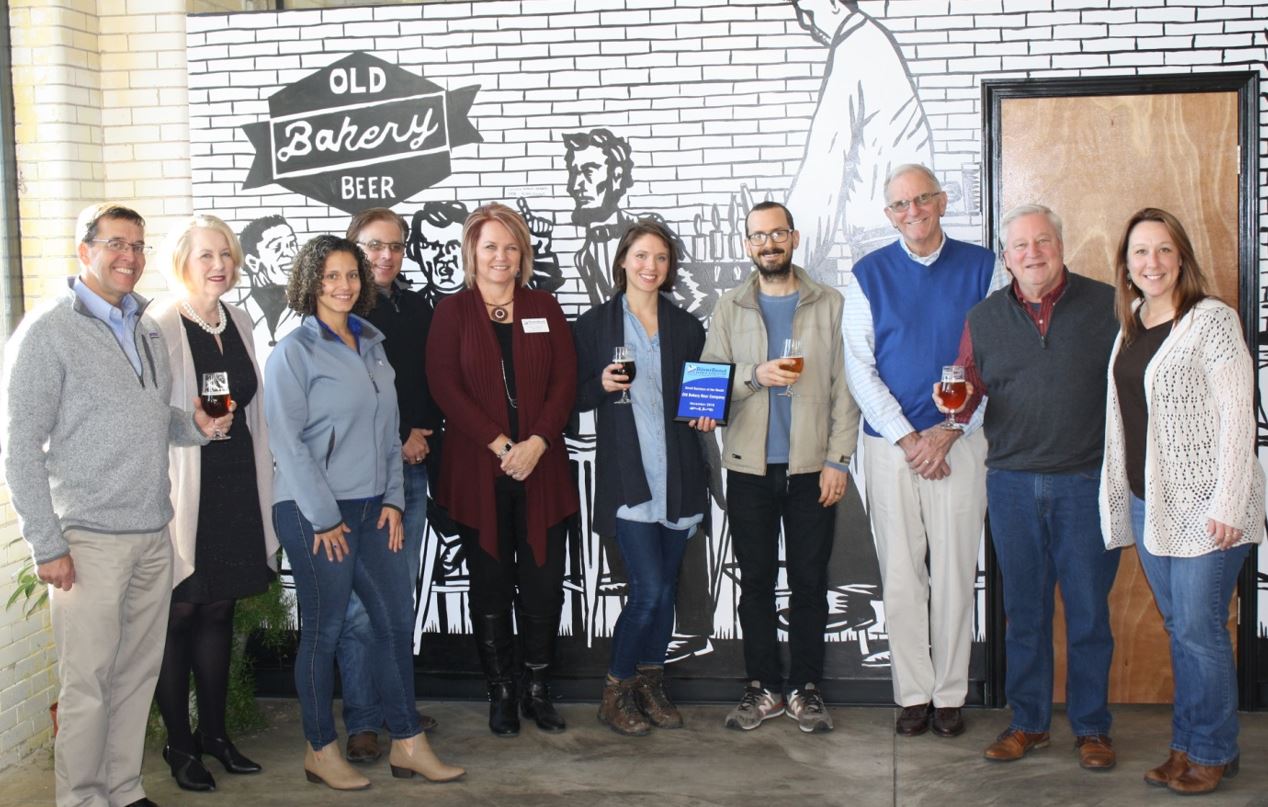 The RiverBend Growth Association has named Old Bakery Beer Company as its Small Business of the Month for November.

The certified organic craft brewery is located at 400 Landmarks Blvd. in Downtown Alton. In addition to itsr line-up of all organic beers, their restaurant and tasting room features a menu of seasonally-rotating sandwiches, salads, and soups, designed to pair well with beer and highlight the vast array of produce and artisan goods available in Southern Illinois & Eastern Missouri.

The Old Bakery Beer Company was born in early 2015 after they were introduced to the old Colonial Bakery building. Part of the building started its life as a bakery in the late 1800s. After a fire in 1929 and a series of remodels, additions, and changes in ownership, the building remained a bakery until the early 1980’s when it shut down. The couple said they have tried their best to keep the building’s history alive, and the name is part that endeavor.

The Old Bakery Beer Company hosts “Drink for a Cause” nights on the third Thursday of every month to raise money for charities. It plays host to numerous other fundraisers for organizations including Backstoppers, SIUE Friends of Music, The Nature Institute and Sierra Club. They have donated over $10,000 in cash and products in 2017.

Anyone wanting to nominate a small business can use the form at http://www.growthassociation.com/page/recognitions-and-awards/.
The RiverBend Growth Association is the Chamber of Commerce and Economic Development organization for the communities known as the Riverbend.

For more information about the Growth Association, visit www.growthassociation.com or call (618) 467-2280.