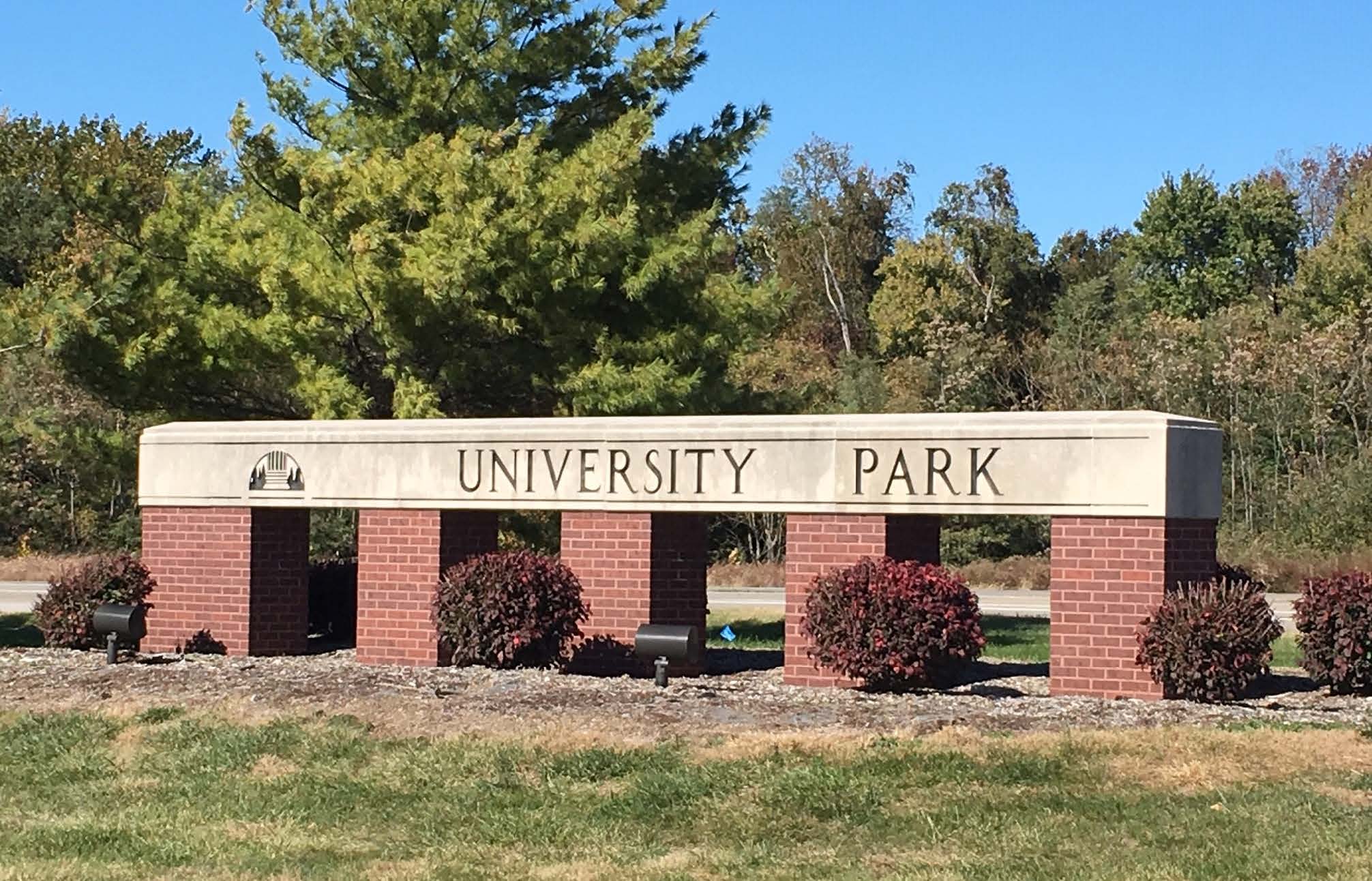 By DENNIS GRUBAUGH
After years of watching little interest being shown in University Park, SIUE officials are actively moving on a plan to lure new tenants.
This summer, University Park signed a contract with Balke Brown Transwestern to market the technology and business park property, Vice Chancellor Rich Walker said.
The park will be 25 years old next year.
“We felt it was time — past time, really — to get new projects started. Our current model isn’t working,” Walker said. “We interviewed a few firms and Balke Brown Transwestern seemed to have the best national connections for us. Their experience with a variety of mixed-use projects offers some real potential.”
Balke Brown has been retained on a four-year contract to do some consulting, marketing, brokerage and “potentially some of their own development,” Walker said.
Balke Brown will be paid a $5,500-a-month retainer and a 6 percent commission for anything that comes to a full contract, he said.
The university does not spend a dime. University Park, a privately run entity that has an agreement with SIUE to manage the park, has hired the firm. University Park has assets available from past developments, Walker said.
There is language in the contract that gives the opportunity for either party to withdraw from the agreement if they are not happy with progress, he said.
Walker said it is hard to gauge why there has been such lack of interest for land that is so visible. The 330-acre park lies between Illinois Route 157 and various legs of University Drive:
Route 157 lies to the east
East University Drive (the extension of Governors’ Parkway) lies to the north
The south is bordered by woodlands
The west is bordered by University Drive. Much of the park on its western fringe lies just east of the rear of the student fan lots, the main parking for students.
The park has two main roads, University Park Drive runs east west and Research Drive runs north and south.
A map identifies 138 acres that could be developed in parcels that spread out over a few miles of green space.

The land has much of what it needs in the way of infrastructure.
“The lots have all the utilities to them, redundancy in gas, electric and water. There are two different fiber companies out there. They are ready to go. We just haven’t been able to identify those developers yet,” Walker said.
University Park had a director until the retirement in 2015 of James Pennekamp. Now the park falls under Walker’s office. But even during Pennekamp’s tenure there simply wasn’t much interest in the park.
Pennekamp’s position was not filled because of significant budget cuts that were underway at the time, and the money was given back to the state, Walker said.
“We haven’t had a new building or project in many years. Haven’t even had many phone calls for interest,” he said. “That feels pretty quiet to us.”
He added: “We need to jumpstart this thing.”
The park would be ideal for someone needing 15 acres or less on a project. 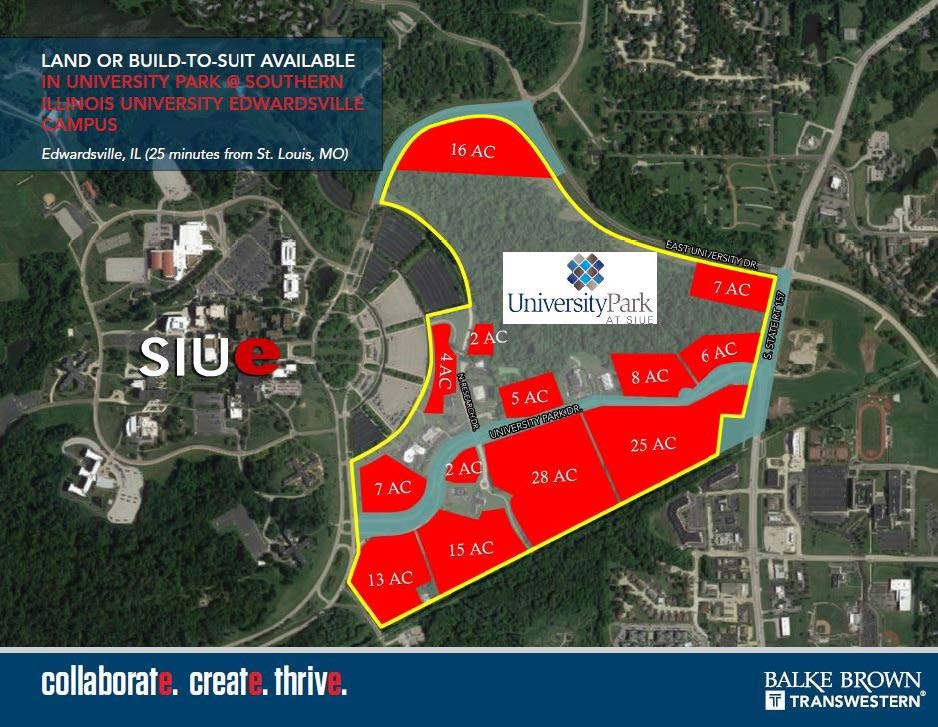 “But we’re not limited on the lot sizes. We make our own lot lines out here. But realistically no one is going to come here and build a 150-acre project.
The university hopes to market the project to parties that can complement the academic setting, perhaps a makerspace or innovation lab.
Tenants already include the NCERC bio fuels research center, and the School of Pharmacy, among others. There are also privately run health-care, engineering, insurance, mixed-use and other businesses.
“I really like the idea of marketing to something like the biotechnology or medical fields. SIUE has excellent engineering, business and health-care programs. Connecting with those fields seems like a niche opportunity for us,” Walker said.
The location is a natural for development,” he said.
“We have the transportation access, Interstates 55, 70, 64, 270 and 255. We’re a hub of the major roads. Then you have three or four airports around the area. But having it connected with SIUE, a major university with access to a talent pool — the right employee base — being able to work with students and faculty on some research projects, getting students that are graduating that you can move into internships and into real jobs.”
Lease costs could depend on a number of factors, from length to location.
The last major deal involving University Park was about a decade ago. The American Red Cross based in St. Louis was this close to shifting its headquarters.
“We had a deal signed, sealed and delivered and the Red Cross decided not to build after all. We gave them lots of extensions on their contract but they decided not to pursue it.”