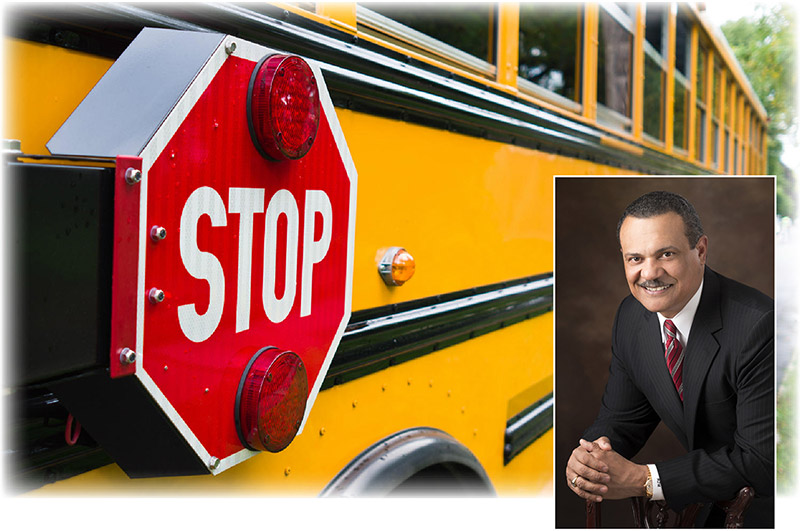 The Illinois Environmental Protection Agency has announced a new $10.8 million grant program for the purchase of electric buses by school districts. $1 million of that amount is being offered now to Cook County districts on a pilot program basis. Timing of a second round has not yet been set. Richard Mark, Ameren Illinois’ chairman, president and CEO, said that he plans to work with local school districts and legislators to seek grants for central and southern Illinois districts in future rounds.
“Our goal is to work with the school districts and the IEPA on the next funding cycle which we anticipate will be October of 2019,” Mark said. “That will give us a good period of time to gather information and to give the districts the information that they need to weigh the costs and benefits of switching to electric buses and decide if they want to move forward.”
The source of the money is the 2016 settlement the federal government reached with Volkswagen regarding the auto manufacturer’s emissions cheating scandal. Under that agreement, the company bought back diesel powered Volkswagens from their owners and gave them additional monetary compensation. $2.7 billion was given to the USEPA and shared with the states. Illinois received $108 million from the settlement and allocated 10 percent of that for the electric school bus program.
Mark said that the plan is to work on getting money set aside for downstate districts early next year. “We really want to make sure that we’re very verbal and making the IEPA aware that we need those dollars set aside for central and southern Illinois,” Mark said.
Ameren Illinois and the Environmental Law and Policy Center hosted a meeting of school superintendents in August to make them aware of the program; talk about the benefits of electric school buses; and learn more about school district transportation operations and needs. He said there was strong interest from downstate superintendents.
Madison County Regional Superintendent of Schools Bob Daiber attended the meeting and was enthusiastic about the idea of changing over from diesel to electric buses. “The electric bus concept shifts the entire paradigm of school transportation,” Daiber said.
In the August meeting Mark and representatives from the ELPC explained the following advantages of electric over diesel.

Daiber said that there are several school districts in Madison County that operate their own buses including Roxana, Bethalto and Triad. He said he’ll be reaching out to them and offering his assistance when the next round of grant applications opens up.
“We think it’s an exciting opportunity for schools and central and southern Illinois communities,” Mark said. “Electric buses are kind of a peek into the future. I think we’ll see a lot more electric vehicles on the road over the next 10 years as well as in businesses and warehouses, replacing diesel, gas and propane. With the support of people like Bob Daiber,” Mark added, “I think we can make a very strong case that central and southern Illinois is deserving of some of the IEPA funds. If we all work together, we can get some of those dollars down here to benefit our schools and our children.”

Village trying to expand on success of housing

Counties working on grant to build on apprenticeships

POINT: Who is the best choice for governor of Illinois?

COUNTERPOINT: Who is the best choice for governor of Illinois?